The Case Of The Farting Lover

Police in Laholm, Sweden were called to the scene of a…

FDA - A Crime Against Humanity

BPA Is Not Good

BPA was linked to increased risk for premature birth. Pregnant women with high concentration of the plastic chemical in…

"The Truth About Cancer: A Global Quest"

Ye yourselves bear me witness, that I said, I am not the Christ, but that I am sent before him. He that hath the bride is the bridegroom: but the friend of the bridegroom, which standeth and heareth him, rejoiceth greatly because of the bridegroom's voice: this my joy therefore is fulfilled. — John 3:28-29 (KJV)

Palestine in the Time of Jesus

Most of the people in the Bible stories lived in or around a land that was called Palestine in Jesus' day, and which is now part of the modern state of Israel. Rome was a city-state then (Rome is now the capital of Italy), and ruled large tracts of land around the Mediterranean Sea, including Palestine. The Herod family that ruled Palestine during Jesus' lifetime was from Idumea, a southern province in Palestine.

Jesus was born in Bethlehem, fled to Egypt with his parents when he was… Continue

But charge Joshua, and encourage him, and strengthen him: for he shall go over before this people, and he shall cause them to inherit the land which thou shalt see. — Deuteronomy 3:27b-28 (KJV) 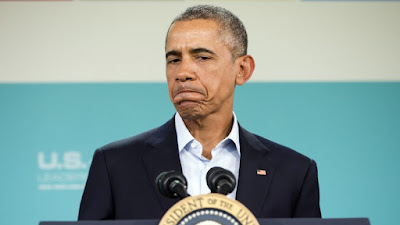 Although Donald Trump is beating all the other GOP candidates, and leading overall in the race for the 2016 Presidency, our current President is of the opinion that Trump will ultimately not…

This Wed night on MnRTV live show we have special guest Mike Norris son of famed Chuck Norris! he is releasing a new film called AMERIGEDDON

AMERIGEDDON, coming to theaters nationwide May 13, 2016, has been described as     “the movie the establishment doesn’t want you to see.” Showing what happens when a not-so-future U.S. government conspires with the United Nations to stage an attack on the…

Where is boasting then? It is excluded. By what law? of works? Nay: but by the law of faith. Therefore we conclude that a man is justified by faith without the deeds of the law. — Romans 3:27-28 (KJV)

For ye are all the children of God by faith in Christ Jesus. For as many of you as have been baptized into Christ have put on Christ. — Galatians 3:26-27 (KJV)

Viktor Orbán: “The Time Has Come for Opposition and Resistance”
Posted on March 19, 2016 by Baron Bodissey
http://gatesofvienna.net/2016/03/viktor-orban-the-time-has-come-for-opposition-and-resistance/

Last Tuesday (March 15) was a Hungarian national holiday: the commemoration of Hungary’s independence from the Austrian Empire. Prime…