In my studies of Human history, and in my efforts to try to understand which records of historical events are true and which ones are false, I have developed useful guidelines that use both accurate and falsely written documents to understand what really happened.

Nothing you will ever read about history is more important than why it was written.  Before you can ever understand what…


Anonymous has called for a 2 month "Occupation", and we'd like to show Solidarity by proposing a Huge National/International Strike, to begin Oct 15th, for as long as it takes, to peacefully rid ourselves of this parasitic banking and military system that is holding us all, including our planet, hostage.

We can take action at the same time, all around the country and the world, by focusing on our local governments, city…

ATF: Medical Marijuana Users Have No Right to Bear Arms

Apparently the Bill of Rights doesn't apply even when you are using marijuana legally under state law.~Nikki

'There are no exceptions in federal law for marijuana purportedly used for medicinal purposes,' ATF official says

Wisconsin Judge: No Right to Produce or Eat the Food of Your Choice

WI: No Right to Produce or Eat Food 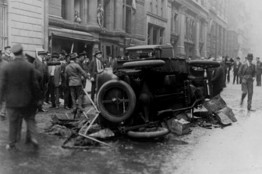 The Myth of American Freedom

The due-process-free assassination of U.S. citizens is now reality

It was first reported in January of last year that the Obama administration had compiled a hit list of American citizens whom the President had ordered assassinated without any due process, and one of those Americans was Anwar…

Just Like with Bin Laden when their usefulness as a threat is expired they replace that character in the global war on terror with new face and continue as before. Anwar al-Aulaqi was connected to numerous attacks

Aulaqi, born in New Mexico to Yemeni parents, has been implicated in helping to motivate several attacks on U.S. soil. He is said to have inspired an Army officer who…

US officials: US attack in Yemen kills al-Awlaki

Hours after a drone and jet strike killed Anwar al-Awlaki, the official outlined specific intelligence that…

We are occupying Wall Street. We will not be moved.…


Hard truth about mandatory shot that so far has gone untrumpeted


When Hurricane Katrina devastated Louisiana, Pastor John Hagee said it could be God’s judgment on America for allowing Israel to pull back its settlers from Gaza. He said “unprecedented” wrath will fall on any nation which pressures Israel to surrender land.

Stop forcing Israel to give up the land that God gave to Abraham, Isaac and Jacob and their descendants forever…when push comes to…

THE TALMUD: SCALPEL THAT BLEEDS THE MIDEAST

Recently, Turkey’s Prime Minister Erdogan accused Israel of killing thousands of Palestinians over its 63-year history. He also said Israel exploits the Holocaust to curry world sympathy. Both charges are manifestly true. Even in the first months after Israel’s Deir Yassin massacre and terrorist expulsion of 800,000 Arabs in 1948, Israel…

'BABYLON THE GREAT' IS ISRAEL


In the mystical book of Revelation, the apostle John sees a scarlet woman called “ Babylon the Great, Mother of Harlots and Abominations of the Earth.” She is drunk on the blood of Christians and rides a many-horned and -headed beast. John was told this woman symbolized a city that would one day rule and corrupt the world. Who is this woman? Does she exist today?

The answer lies thousands of years in…

A FORT WORTH SCHOOL SCANDAL

COMMENT: This outrageous video shows the intimidation tactics of the system being ramped up to once again trick parents into vaccine compliance with the hoax that vaccinations are required (when there is and has been a waiver, as well as a natural right,… Continue

Parrhesia commented on tjdavis's blog post Defund The IRS
"I hope he insured the packages so UPS has to pay for the loss."
3 hours ago

"This guy tries to blame erosion on climate change and then says:  "Here on the western…"
3 hours ago