WHAT ARE THESE CRAZY SOBS PREACHING?? TALKING ABOUT UNSUSTAINABLE...WTF??

SINCE THE 911 FALSE FLAG EVENT...THE US POPULATION HAS BEEN… 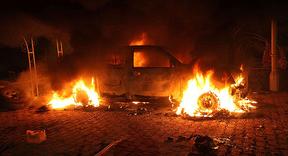 “To the angel of the church in Laodicea write: These are the words of the Amen, the faithful and true witness, the ruler of God’s creation. I know your deeds, that you are neither cold nor hot. I wish you were either one or the other! So, because you are lukewarm—neither hot nor cold—I am about to spit you out of my mouth.

The 2014 World Ayahuasca Conference in Ibiza: the NGO Globalist Polyarchy and the Dangers of Soros

The 2014 World Ayahuasca Conference in Ibiza: the NGO Globalist Polyarchy and the Dangers of Soros In a speech given in California July 24th on Thursday, the President once again revealed his socialist agenda in proclaiming that he will push for the passage of a bill to penalize US corporations that seek offshore tax havens…

This episode deals mainly with the many crisis facing Africa and Black people all over the world today. Host UnLearn discusses the possible return of the missing girls from the terrorist group Boko Haram, the…

John Haggle`s self-righteous, radical interpretation of the Bible may have mislead himself and herded his susceptible fearful flock towards scaling   Mount Zion in search of David or another crazed belief . His betrayal of Christian ethics, principles, theological and philosophical integrity by endorsing a conspired Biblical  myth for Zionist existence  which  also undermines our true Faith. This behaviour casts an improper image of Christianity’s sincere conformation upon which our…

Added by JoeGloch OGlocainNaCheilt nGael on October 19, 2014 at 9:41pm — No Comments

MnRTV Live Show-Wed- Oct 22 ,2014 @730 Est- Agenda 21- The Global Conspiracy Depopulation and a secret conspiracy to create a one world government!

This Wednesday night  MnRTV Live Show  we investigate what is Agenda 21- The Global Conspiracy  Depopulation and a secret conspiracy to create a one world government .The concentration of population growth in developing countries and economic growth in the industrialized countries has deepened, creating imbalances which are unsustainable, in either environmental or economic terms. . . Population must be stabilized, and rapidly.  If we do not do it, nature will, and much more brutally. … “Why is it self-evident that morality required a crusade against Hitler in 1939 and 1940, and not against Stalin?

At that point, Hitler had slain his thousands, but Stalin had already slain his millions.

“Why is it self-evident that morality required a crusade against Hitler in 1939 and 1940, and not against Stalin? At that point, Hitler had slain his thousands, but Stalin had already slain his millions.

Finally, brothers and sisters, rejoice! Strive for full restoration, encourage one another, be of one mind, live in peace. And the God of love and peace will be with you. 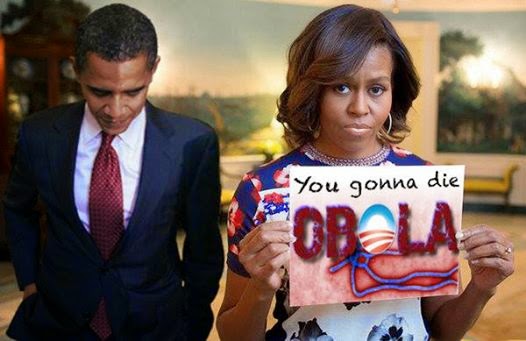 A giant green Christmas tree designed by a US artist was erected in a Paris square, but city residents say the artwork…

Early cancer detection can save millions of lives but current diagnostic methods remain costly and invasive. However, a new startup is developing a device which could detect dozens of cancers with a single blood test.…

UPDATED: Sweden's military has deployed planes and ships in the Stockholm Archipelago against what it says is a foreign threat in the waters, with the size of the operation unchanged overnight.…

Next to him was Eleazar son of Dodai the Ahohite, one of the three mighty warriors. He was with David at Pas Dammim when the Philistines gathered there for battle. At a place where there was a field full of barley, the troops fled from the Philistines. But they took their stand in the middle of the field. They defended it and struck the Philistines down, and the Lord brought about a great victory.

In the face of a widespread epidemic that could literally cause a social and economic breakdown in the US, still the Obama White House continues to play the politically correct game as more verified cases arise. In Dallas with the second nurse who has contracted this… 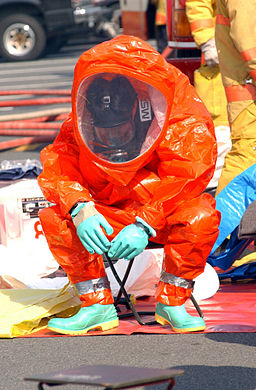 In yet another curious coincidence surrounding the recent Ebola crisis, it appears that FEMA has been preparing for the appearance of a pandemic of deadly disease in the near future all along.

As part of the FEMA Pandemic Exercise Series: PANDEMIC ACCORD: 2013-14 Pandemic Influenza Continuity Exercise Strategy, the…