I Need No Permission for My Rights

Is not a right something We have innately? A foundational thing that comes with being a sentient, sapient Being? Is it something We can accept being legislated away? Is there a solution to such…

About This Epstein Thing...

I made a  reply on another blog and was told it had to be "approved" and I thought I would offer this in a blog of My own:

I have posted a short story I would like to invite You all to read. 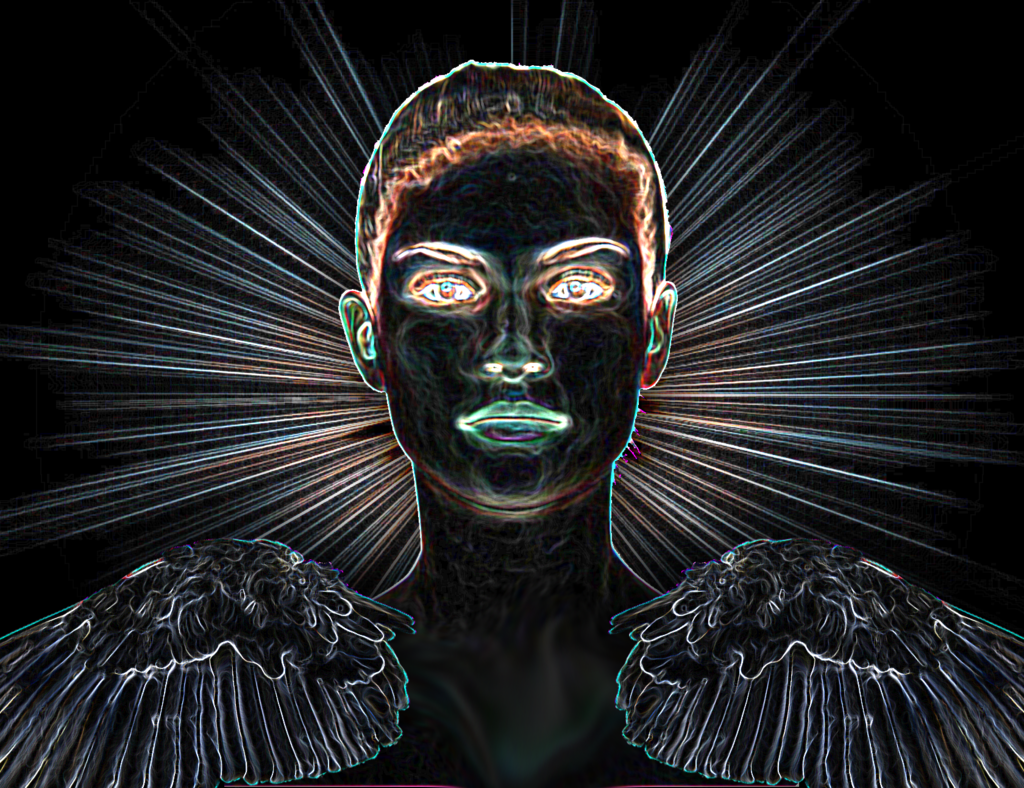 Do You Have the BALLS?

Though a bit bibliocentric in the last two…

In all My studies of psychopathy, this is by far the best vid I have seen on psychopathy and grasping the 1% with the psychopathic gene. It shows the affects on society that having psychopaths in control create. As You may (or may not) know, My work here is to bring about awareness of what We Humans can create on Our planet such that psychopaths are NOT promoted to power over Others as the systems We have in place now do.

To assist You, My dear reader, in seeing the signs of…

As many of You know, for the last four years I have been living in a 16' x 16' cabin in the woods, with no transportation and no nearby neighbors. I was effectively a shut-in, getting to the store for groceries once a month when Thor, a good friend who saved Me from homelessness, would take Me. Thor paid rent and for various sundries, like toilet paper and shampoo, and food for the two cats He got Me to keep Me company in that lonely neck of the woods.

I spent My time looking for work…

My Dear Child - The Teachings of a Parent

I have brought You forth. To You, obligated to nothing and no One, I reach to form a bond. I will take My responsibility to guide You well seriously, for You shine in My heart. I will teach You Ethics and those are the rules that found a society. From that I will have given You the rules that most of Us live by (they are the only Laws), but the powerful here Now don't. Amongst Us who are not powerful, but plugging Our energy into the systems that give the power to the…

There is a growing epidemic of People who are succumbing to conspiracy insanity. They believe 9/11 was an inside job, that Sandy Hook was fake, that contrails are "chemtrails," that all the bombings and shootings in the news are psyops, that vaccines are damaging and toxic, and other such lunacy. There are interesting facts about the disease that set it apart from every other insanity We Humans have ever been afflicted with. Here's a list:

1. They call Their insanity "waking up." This…

The Problems in Profit

There are two basic types of profit - the one We all think of in the material sense (money, mainly), and the profit We receive when We make One We love better for how We choose to behave. The second is a powerful motivator to pursue the first. How many go to work to support Their families? How many expend Their energy, accounting for it and getting tokens in return, so as to afford as good a situation as They can for the Ones They love? How many doing that, inputting Their energy into the…

Quite the Opposite - A Short Story for Change

PRE-NOTE to My dear reader: The reason I capitalize Human pronouns is that I respect every Human, every sentient, sapient Being, as a co-creator here. I give honor to Us all in this way. You will likely get used to My way of doing things, knowing at the start why I do it that way.

Quite the Opposite
by Amaterasu Solar…

Money = Power = Energy: Why Money Systems Enable Evil and How Free Energy is a Solution

I will begin by explaining the reason I capitalize Human pronouns, for it was explained to Me when…

I want to examine the differences in how things flow in various societal structures. I chose the relatively benign notion of the question of having everyOne wear black on Thursdays. Let Me begin:

In a monarchy, the decree-er can say, “You all will wear black on Thursdays.” Those who believe either that the decree-er has the right to make that choice for Them or have good reason to believe They will be bullied if They don’t comply choose to wear black every…

Why I Advocate for Karmic Jubilee

One who knows My work (take a look around My blog if unfamiliar) knows that I am proposing We venture in a different way on this planet than the path down which We are being led. Figuring that if enough of Us knew We could create vastly better here We WILL, I have pushed for awareness of the fact that We can.1Through this process I have encountered so Many who express the desire to “punish” the useless eliters, the psychopaths in control on this planet. Here’s…

The only thing that is asked of Me, the only expectation, is that I choose My behavior Ethically. Beyond that, I have the freedom to create as I might choose to do.

If I feel like creating pictures with any pen,…

How to Shift a Paradigm

In shifting paradigms, it is useful to see where key perspectives can be changed. To that end, I have compiled a short list of perspective shifts that move One into The Abundance Paradigm. 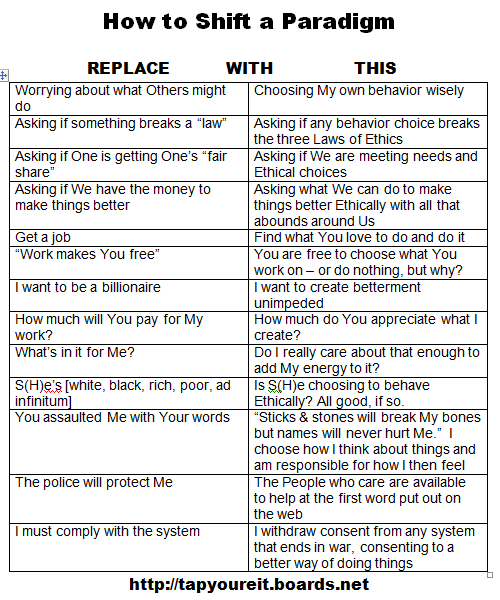 Will add more as thought of and suggested.