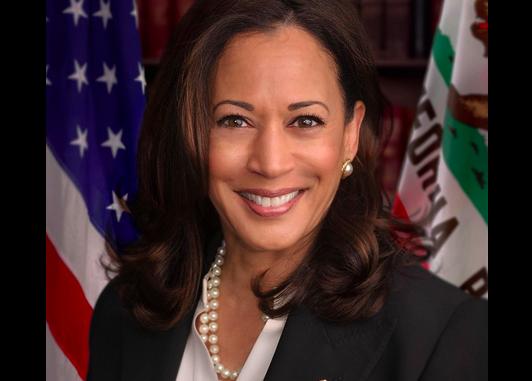 In 2015, David Daleiden, an investigative journalist and the head of the Center for Medical Progress, released undercover video footage of Planned Parenthood executives discussing selling human fetal baby parts that had been aborted. Much of the footage was obtained in California when Kamala Harris was the state Attorney General. Harris refused to press charges against Planned Parenthood. Instead, she sent police to raid the journalist’s home and seize his film footage. Daleiden was charged with 15 felony counts of illegal taping of confidential information. -GEG

She's at 6% in the polls, maybe people see her for what she is.

James Roberts commented on stormtruther's blog post The CIA Admits Psychic Abilities Are Real, But Cannot Figure Out The Science Behind It (Funny psychics hit the news at the same time as listening devices became popular
"Not listening devices. It's actually not that hard to figure out. Study David Paulides'…"
6 minutes ago

James Roberts favorited stormtruther's blog post The CIA Admits Psychic Abilities Are Real, But Cannot Figure Out The Science Behind It (Funny psychics hit the news at the same time as listening devices became popular
19 minutes ago

Burbia commented on Phyllis Maka's blog post No matter how Coronavirus plays out, this is the most relevant statement ever issued and...... Jim Stone
"If this true, then what happened on 911 in 2001 was a dress rehearsal. All trade and commerce was…"
4 hours ago

Doc Vega commented on Doc Vega's blog post What Happens to the Single Man Once Society Has Stripped him of his Worth?
"James, I agree but you get to the point of exhaustion sometimes when you cant even trust a wife…"
7 hours ago

"Oh yeah, I would love to go through those file cabinets. Alex Jones said his dad told him that the…"
9 hours ago