Nobody would disagree that Baltimore, Maryland has a huge problem when it comes to violent crime. After all, the city recently surpassed 300 homicides for the fifth year in a row, and violent criminals seem to act with impunity on the city’s streets on a daily basis. Now, Baltimore officials think they have a plan; sue gun makers for the gang violence in the city.

As of Tuesday night, there have been 306 homicides in Baltimore City so far this year. City Solicitor Andre Davis said that escalating violence is why he will legally go after gun manufacturers to hold them responsible if Sandy Hook families succeed in their cases, he said.

Last Tuesday, the Supreme Court ruled it would allow the lawsuit against Remington. Families of the victims killed in the 2012 Sandy Hook Elementary School massacre said the company should be held liable for its role in marketing one of the assault-style rifles used in the shooting.

The court says it rejected an appeal from Remington which argued it should be shielded under a federal law designed to protect them. Tuesday, Davis said it’s not just Baltimore but every city in America is watching what happens with the Sandy Hook lawsuits.

“That decision by the court of appeals a couple of weeks ago was a breakthrough because congress has created immunity for these gun manufacturers that, up until now, has been impenetrable and this recent decision is the first small crack in the wall and we will continue to monitor it,” Davis said.

I’ve got some bad news for these politicians hoping to hold gun manufacturers accountable for the actions of criminals; it’s not going to work. The Supreme Court allowed the case against Remington to go forward based on one solitary claim that’s going to be difficult for plaintiffs to prove in court; that Remington’s advertising and marketing somehow inspired the mass murderer in Newtown, Connecticut to commit his atrocities.

For Baltimore to pursue similar litigation against gun manufacturers, they’d have to show that gang members and drug dealers wreaking havoc in the city have all been inspired by the advertising of gun companies. I don’t know about you, but I’ve never been tempted to engage in a drive-by or kill someone in a drug deal because of an advertisement I saw in Guns & Ammo.

If the city is really going to claim that criminals have been compelled to these acts of violence because of outside influences, they’d be better off suing record labels for promoting gang violence, not gun makers. I don’t think the Remington case really opens the door for Baltimore to sue gun makers, but it does certainly reveal the desire of local officials to avoid responsibility for the surge in homicides and shootings over the past few years.

Baltimore politicians have a habit of passing the buck when it comes to shouldering some of the blame for the city’s growing crime problem. Just a few weeks ago, as Baltimore Sun columnist Dan Rodricks recently noted, Mayor Jack Young refused to accept any responsibility in the hundreds of murders that have taken place this year.

It is difficult to think of a statement by a Baltimore mayor that could be more obtuse: “I’m not committing the murders, and that’s what people need to understand. How can you fault leadership? This has been five years of 300-plus murders. I don’t see it as a lack of leadership.”

That was Jack Young during his press conference last week. With city violence reaching its annual crescendo, the mayor seemed to be saying: “Don’t blame me, and don’t look to me for answers.” It’s as if he considers the high rate of violence a naturally occurring phenomenon, like a drought, beyond human control.

So the mayor doesn’t think the leadership in Baltimore city politics have any culpability in the gang violence plaguing too many neighborhoods, but gun manufacturers should be held responsible for the actions of criminals? The fact is, too many Baltimore-based politicians like Young have decided the city’s real problem is the Second Amendment and legal gun ownership, and they’re doing little to get serious about the drug and gang-fueled violence. While the city’s considering suing gun makers, their own criminal justice system is letting repeat violent offenders avoid serious consequences for their crimes.

A violent repeat offender, caught with a murder weapon, escapes conviction in 11 cases in Baltimore City.

Out of the 15 cases the Baltimore City State’s Attorney’s Office charged Warren in, FOX45 found they dropped charges in 11 of them, even those where he was charged with attempted murder.

Baltimore has big problems. The Second Amendment isn’t one of them. In fact, the city’s murder rate jumped to historic highs after sweeping gun control laws were enacted in 2013, making it even more difficult for law-abiding citizens to exercise their right to keep and bear arms. Criminals, on the other hand, don’t seem to have noticed any of the new gun laws any more than they paid attention to the old ones.

If Baltimore’s politicians were really serious about public safety, they’d start calling for “shall issue” concealed carry laws while ensuring that repeat, violent offenders like David Warren actually face justice for the crimes they’ve committed. Blaming gun makers for Baltimore’s gang violence is likely to not just fail in court, but to allow the violence to remain unchecked by focusing on legal companies and constitutionally protected rights instead of cracking down on criminal organizations and their members.

Maybe they shouldn't incentivize fatherless households and get people addicted to welfare, instead. As well as not brainwashing minority children that all their problems are White peoples' fault. And stop taxing and regulating businesses out of business. But it's all about the Benjamins, I guess. Government never really gives anything, it only (net) takes.

They could also prosecute criminals, but that isn't how a liberal city works.

Next up... Let's sue the car makers for all the Hit and Runs and Drive By losses. p.s your right Diana they could get the crims, but that's too hard for them. JR, the Govt. takes everything you Feed it, so ration it's meal. 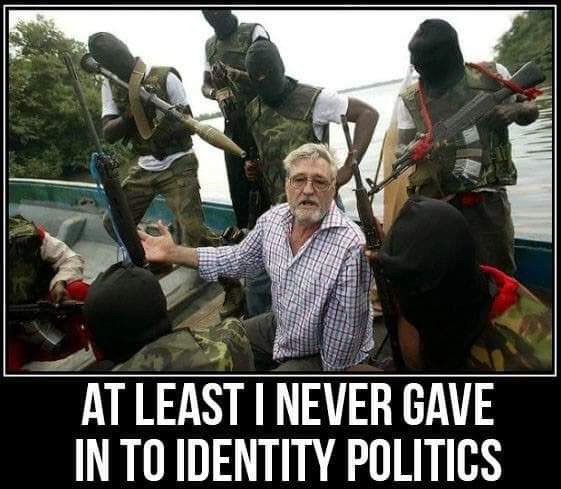 Don't forget to sue Popeye's Chicken. It's surrounded by violence.

Wherever Liberals are they always turn it into a shit hole. Fact!

"Actually, this would be a good thing, although the majority of the video is not about that. This…"
5 hours ago

"Indeed. I do remodeling and construction, and it's so weird working in normies' homes. No…"
6 hours ago

"Gwyneth Paltrow's Candle Is Back In Stock, yay"
6 hours ago

"The gun laws are for the children, after all, stormtruther. She's just doing her best to break…"
6 hours ago

"I'll have to look into this more deeply. And, of course, if I remember correctly, ADHD, ther…"
8 hours ago