'Congress has lost a champion': Twitter reacts to death of Elijah Cummings 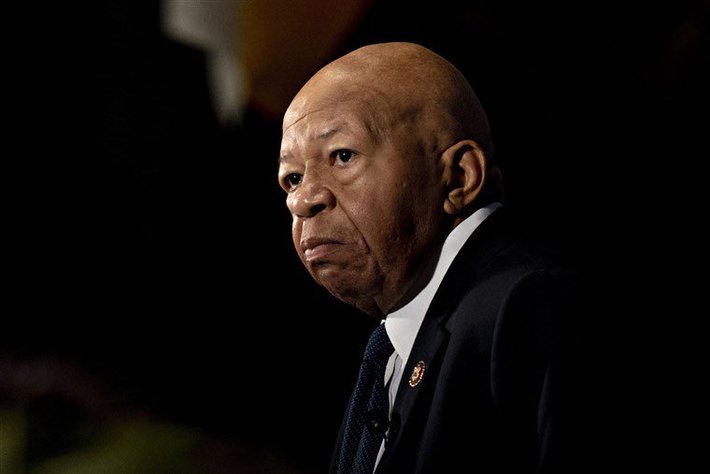 Cummings died suddenly at 68 due to complications from long-standing health problems. The Maryland Democrat was first elected in 1996 and rose in prominence among leaders in his party.

Cummings became chairman of the House Oversight Committee in January when Democrats took over control of the House.

There was a bipartisan outpouring of praise for his legacy and support for his family.

"Deeply saddened by the passing of Chairman Elijah Cummings. He spoke truth to power, defended the disenfranchised and represented West Baltimore with strength and dignity. Congress has lost a Champion. Heaven has gained an Angel of Justice. May he forever #RestInPower," House Democratic Caucus Chairman Hakeem Jeffries said.

Republican Rep. Will Hurd of Texas wrote, "My thoughts are with the loved ones of Rep. Elijah Cummings and the Baltimore community today. He was a shining example of how to be a fighter for his constituents. It was an honor to know him and I will cherish that I had the honor of calling him my friend. He will be missed."

"A champion for the poor and downtrodden, Rep. Elijah Cummings has departed. He strove through decades of service to bring justice and dignity to greater numbers in this world. We honor his life and his work, and pledge to continue his fight. Rest now, great soul," said Star Trek star George Takei...

Blah, blah...Now his widow is left to answer for their crimes.

"Maya Rockeymoore, the wife of corrupt Democrat criminal douchebag Elijah Cummings is refusing to hand over documents that will show the crimes of herself and Rep. Cummingsin a huge multi-million dollar pay to play scandal that should cause Rep Cummings to be removed from Congress."

The politicians show respect for a crook as they are no better themselves. It would be interesting to hear their real thoughts.

cheeki kea commented on stormtruther's status
"s.t. They have to know where to look, at any given moment in time in any number of places, and they…"
4 hours ago

A massive explosion rocked a northwest Houston neighborhood and the blast was felt all across the region Friday morning. It happened around 4:25 a.m. and ori...
4 hours ago
0 Comments 0 Favorites

"that ugly prick is me"
5 hours ago

"What makes you think they are donuts ? At a quick guess I would say sugar and cinnamon bagels. In…"
5 hours ago

James Roberts replied to MAC's discussion 10 Jan CFR Pres. Richard Haas: “USMCA is NAFTA plus TPP plus a few tweaks.” – AND, Trump Hasn’t a Clue!
"It's not his advisors. He is known for surfing the web, looking at unapproved websites. He…"
5 hours ago