A head, bloody limbs and three pairs of shoes recovered from the scene

By JAMIE PYATT IN SOUTH AFRICA FOR MAILONLINE

A gang of poachers who broke into a South African game reserve to hunt rhinos came off second best when they were attacked and eaten by a pride of hungry lions.

At least three hunters are believed to have been devoured by the predators, judging by the bloody scene on the Sibuya Game Reserve near Kenton-on-Sea in Eastern Province, South Africa.

One head and a number of bloodied body parts and limbs have been recovered from the area, along with three pairs of empty shoes.

it is all about the food chain.

Well, I actually think broiled or even baked would have been better, but if the best the lions could do was poach 'em, I guess that'll have to do.

Who's the poacher now?

Boko Haram is slaughtering wild life on a massive scale for food to their unholy armies and attacking farmers and wild life protectors. Also the demand for Chinese medicine and the entire Chinese presence down there is taking a told on the wild life.

You were one of those Navajo code talkers right? :-) 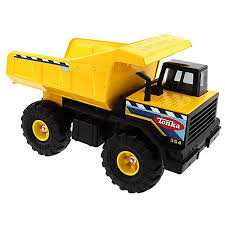 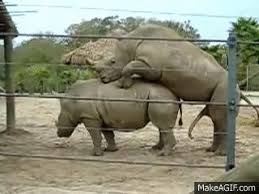 still got an Izod alligator shirt hanging up from 1980...lmao

Too bad one of 'em wasn't trump's kid. I'd chip in for that to happen.

I need more "feel good" stories like this to lift my spirits. If Tel Aviv gets nuked that would totally make my day.

Doc Vega commented on Chris of the family Masters's blog post The Germ Theory: A Deadly Fallacy
"The medical establishment favors vaccines with questionable components that qualify as poisonous to…"
1 hour ago

"I don't recognize any of those assholes lol"
4 hours ago

Spoiler: As luck would have it, paper or thin poster boards (the glossier the better), protect better than a wide range of acoustic shields that I've tested....
6 hours ago
0 Comments 0 Favorites

Interview with Dr. Aajonus Vonderplanitz https://youtu.be/mVP9HqV8yoY We live in a world of lies pushed on us by the upper levels of the world controllers. I...
9 hours ago
0 Comments 0 Favorites

Chris of the family Masters posted discussions
13 hours ago

Mr. Sizzle commented on Boris's page 12160 Administrators
"I’m not able to log out or post anything. Any advice?"
13 hours ago

MAC replied to MAC's discussion NASA scientist Dr. Kate Marvel links ‘climate change’ to ‘white supremacy’ Calls for climate & racial ‘justice’
"NASA has been out of the space program for a long time, they were side tracked and used for the…"
17 hours ago