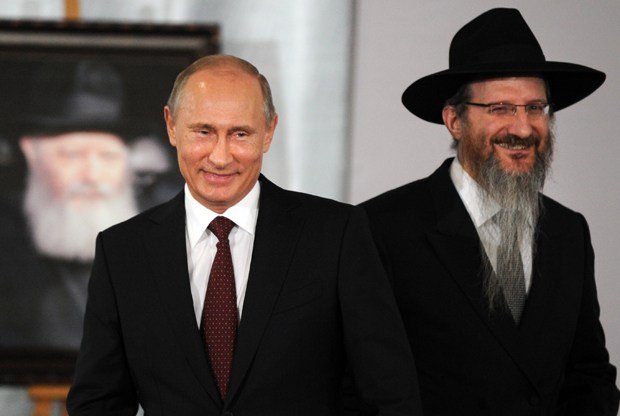 Chabad is a Jewish supremacist doomsday cult. Its hateful satanist dogma (Cabalism) might explain the coronavirus psyop. Freemasonry's Cabalist cousin, its tentacles are everywhere. This 2008 speech by Russia Chief Rabbi Berel Lazar,  indicates that Chabad is sponsored by the Rothschilds & likely counts  Putin and Trump as members.
Revelation 12:9 "....that old serpent, called the Devil, and Satan, which deceiveth the whole world."
"When we introduced into the State organism the poison of liberalism its whole political complexion underwent a change. States have been seized with a mortal illness--blood poisoning. All that remains is to await the end of their death agony." (Protocols of Zion, 9)
"In order that the true meaning of things may not strike the goyim before the proper time, we shall mask it under the alleged ardent desire to serve the working classes..."   (Protocols of Zion, 6)
2008 Lecture Connects Chabad to Rothschilds & Putin
Related - Trump Family Cult (Chabad) is Planning WW3
(See links below article to understand the demented driving behind the Coronavirus Psyop. Western elite collaborate in the destruction of the West.)
The Second Annual Joseph Graham Memorial Lecture
by Chief Rabbi of Russia Berel Lazar
'Challenges Facing Russian Jewry: Past and Present'
(Excerpts by henrymakow.com)
Late April, 2008
"Tonight we are also honoured to be hosting the Honourable Nathaniel Rothschild, who is here with us tonight as Guest of Honour."  Rothschild introduces Lazar: 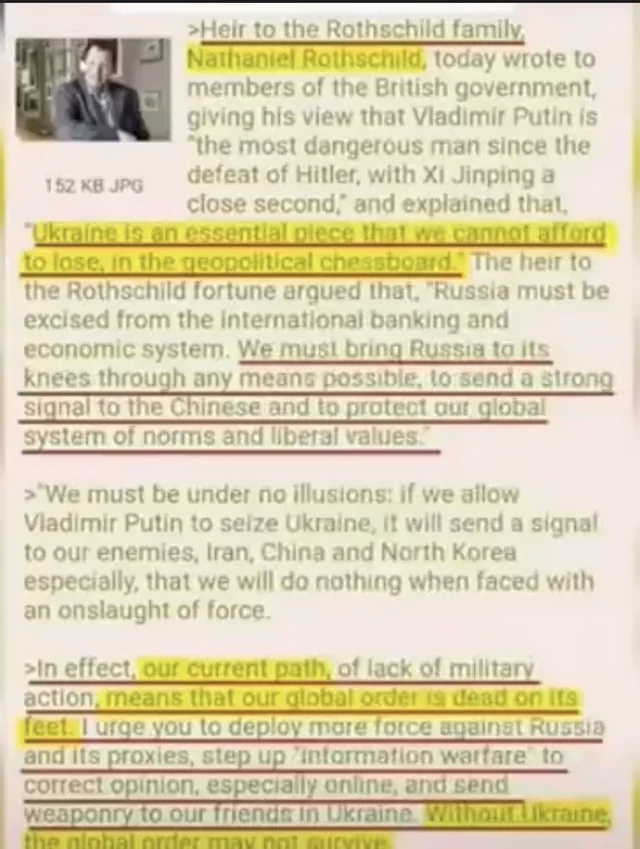 Nathaniel Rothschild: "My only qualification for speaking tonight is that I am very good friends with Rabbi Lazar. I have been going to Russia since 1992, when I was still a student in Oxford. When I began visiting Russia regularly around 2001, I didn't have much idea about the resurgence of Jewish life. However, I met Rabbi Lazar in Switzerland at the World Economic Forum in Davos and I was struck by watching this figure and we eventually connected and started talking, and from there began a friendship and I started visiting his centre in Russia, many times a year....
I have only wonderful things to say and I am very honoured to introduce him here tonight."
Lecture: Chief Rabbi of Russia Rabbi Berel Lazar
Lazar begins by saying, "My call to fame is actually being Mr. Rothschild's friend..." and proceeds to tell this story about Vladimir Putin. In March 2008, Putin was ending his first term as President of Russia and preparing to resume control as Prime Minister.
A young Russian boy
"I will tell you a small story, which took place in St Petersburg about 50 years ago. A young non-Jewish boy grew up in a very poor family. Those times, most people lived in communal apartments, which had different rooms for families and shared kitchen and living area. 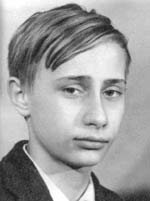 This boy had poor parents who were barely home. He was fortunate that a neighbouring family from another room in the apartment started inviting him over. The father was a professor who helped him with his homework, they babysat for him. He was a young boy. The family, who was Jewish, also invited him for the Friday night Shabbat meals. He remembers how they used to take out an old book and read from this book after the meal.
At that time, the boy said, look how impressive these people are. They never fight with each other. There is respect between the husband and wife; a beautiful family to emulate.
Many, many years later, the same boy grew up and became the vice-Mayor of St Petersburg. There was an issue of opening a Jewish school in St Petersburg, about 19 years ago. The vice Mayor heard that the city government was not giving permission for the school to open.
He went over to the deputy minister of education and asked him how comes you don't want to give permission to open the Jewish school. He said, because I am Jewish and everyone will say that it is because I am Jewish I opened the Jewish school. I thought it would be better to leave the status quo. There is no Jewish school and we will leave it how it is; it will be better for all.
The boy, now vice-Mayor of St Petersburg, took the papers and signed the papers himself. Although he wasn't allowed to sign because it wasn't his department he nevertheless signed the papers. This was how the first Jewish school opened up in St Petersburg. This boy was Vladimir Vladimirovich Putin.
Today, he has a few more days of being president of Russia, as on Sunday [March 2] there are elections and it just shows how G-d pre-plans our life with us realizing.
Fifty years, a young boy, was helped by a Jewish family and there is no question that the revival and success of Jewish life today in Russia is due to the president of Russia Mr. Putin.
There was recently an article published in the NY Times by a Professor at Maryland University entitled "the anomaly of the President of Russia and the Jewish community". One thing that we have seen in the last eight years of Mr. Putin's presidency is his great support fighting for the Jewish community against anti-semitism. No other president in the world has come out so forcefully in such a radical way against anti-semitism...We have a close friend of Israel in the Kremlin.
What is the situation today with the Jewish community in Russia? 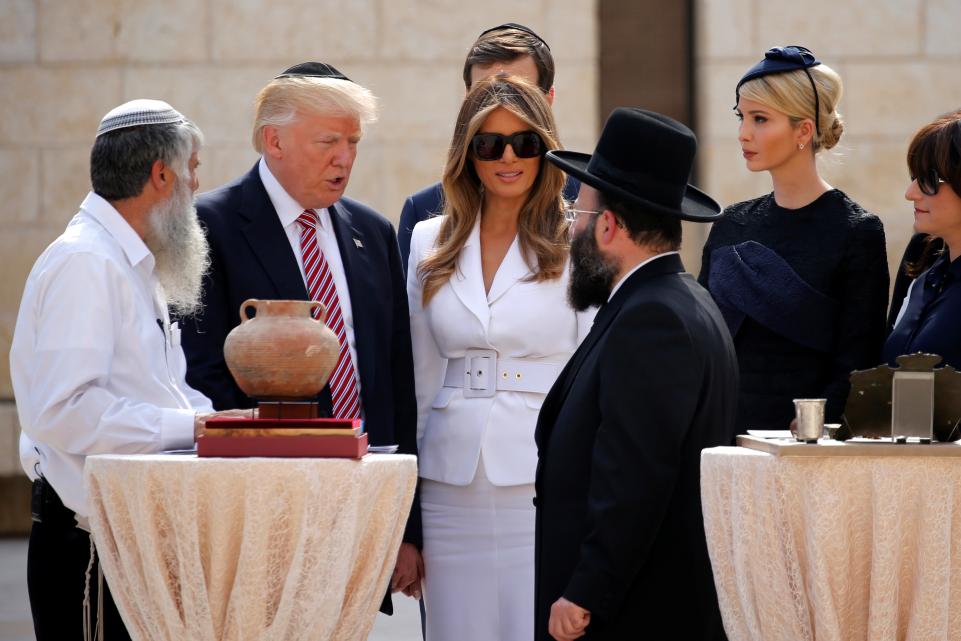 If you look at history, things have changed drastically; none would have believed that one can be openly Jewish and so proud of ones Jewishness. On Chanukah we try to put up large Menorot (Chanukah candelabras) in many cities in Russia. Of course, there is one also in the Red Square....
Today, finally, when being Jewish is something to be proud of and not, as most people thought during the communist era, something bad and unfortunate that happened in their life, we need to be thankful to the government for allowing this new era to develop.....
On Sunday there are elections in Russia. When one searches on Google in Russia the name Medvedev, the most popular result for his name is the question, is Medvedev Jewish? There is much discussion whether his mother is Jewish or not. Why are people suddenly discussing his Jewishness? We don't believe he is actually Jewish, aside from the fact that his mother's name could have been a Jewish surname. One, indeed, never knows who in Russia might be Jewish. It is however unlikely that the President of Russia would have selected a successor who is Jewish. 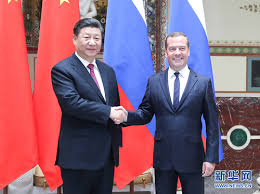 (Medvedev, r, is 5 foot 4)
The reason why everyone is discussing this is because of the attitude of Mr. Medvedov towards the Jewish community. Three days before he was hand picked as Mr. Putin's successor, he visited the Jewish community centre, the Jewish day school, where the young boys and girls asked him questions, and the synagogue. In the synagogue he asked what the Torah is, what is the Kabbala.
His visit was followed by a meeting he held with the leaders of the Jewish community for close to two hours. He then promised much help to the Jewish community, whatever is needed. In the eyes of many, Russia cannot swallow this change. Many anti-semitic and nationalistic groups, when trying to attack the government, they do this by saying the president is Jewish.
This says a lot about the new relationship that exists between the government and the Jewish community. This respect has also caused a big change in the Jewish community itself. Today, Jews are able to find out who they are, celebrate the holidays, and we can say that we are no longer citizens number two, but regular citizens of Russia."
Makow Comment- Surprising how insipid and bereft of religious inspiration is this speech by the "Chief Rabbi of Russia". The Jewish people are their own God, and their leaders want to ours too. The speech is about the Jewish climb to power, which ultimately is what Cabalism is all about. The problem is that Satan destroys his own adherents. As a society, we have abandoned God and gone over to Satan. Now we are reaping the reward. Satanism is the religion of Death.
------------------------------
Related - Chabad Plotted Slavic Genocide in 1994   and Part Two
------------Trump is Beholden to Supremacist Chabad Doomsday Cult
------------"Creative Destruction" - Why Cabala is Satanic
------------ Exterminating Goyim is Basis of Cabala
Put "Chabad" or "Cabala" in search engine top left corner of homepage.
Thanks to "Beserker 1984" for sending me to this site where I found the above.

From my research Putin’s mother was jewish making him, according to the Tribe completely Kosher. Yes  They're "everywhere" they are not welcomed. 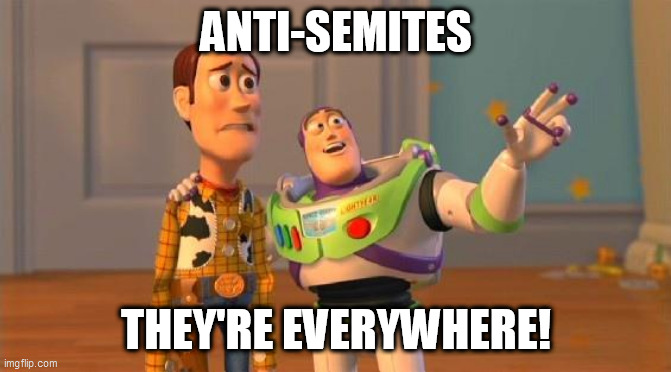 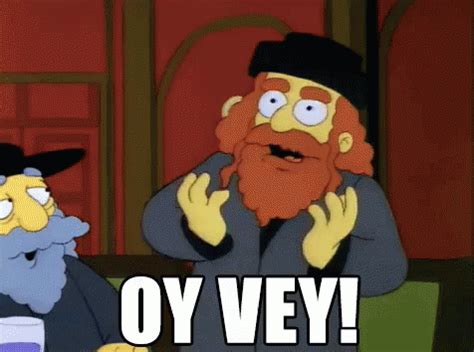 Go ahead, blow it up to full size. Enlightening. Contrary to Conservative political scripture,…
4 hours ago
0 Comments 0 Favorites

Unfortunate. I felt a kindred spirit in Tucker's monologues. You can't use the N word anywhere and…See More
4 hours ago
0 Comments 0 Favorites