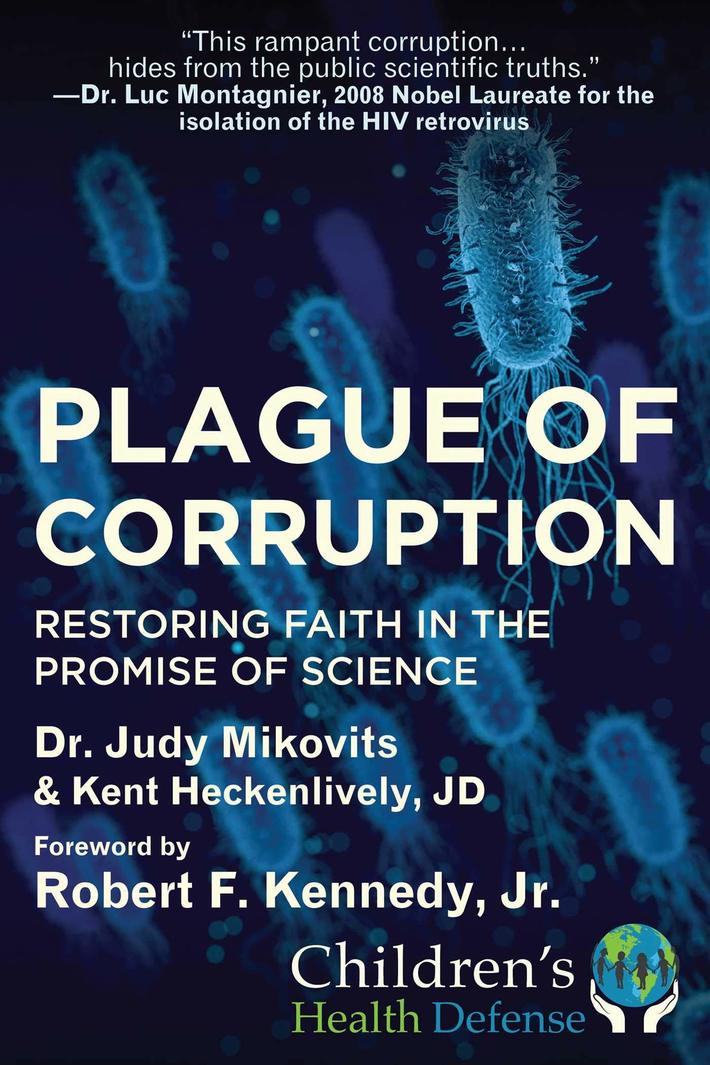 By any standard, Dr. Judy Mikovits was among the most skilled scientists of her generation. She entered professional science from the University of Virginia with a BA degree in chemistry on June 10, 1980, as a protein chemist for the National Cancer Institute (NCI) working on a life-saving project to purify interferon. The quality of her work and her reliable flashes of genius soon propelled her to the apex of the male-dominated world of scientific research. At NCI, Mikovits began what would become a twenty-year collaboration with Dr. Frank Ruscetti, a pioneer in the field of human retrovirology. While heading up the lab of Robert Gallo in 1977, Ruscetti made scientific history by co-discovering with Bernie Poiesz the first human retrovirus, HTLV-1 (human T-cell leukemia virus). A retrovirus is a “stealth virus” that, like HIV, enters the host without alerting the immune systems.

It may then lie dormant for years without causing harm. Before killing a person, a retrovirus will usually destroy their immune system. As a result, many retroviruses cause cancer. With an escalating understanding of retrovirus behavior, the Ruscetti/ Mikovits collaboration and Mikovits’s award-winning PhD thesis from George Washington University in 1991 changed the paradigm of HIV-AIDS treatment, turning the disease from a death sentence into a manageable condition.

Integrity before personal ambition
From the outset, the most daunting obstacle to Mikovits’ career advancement was her scientific integrity. She always placed it ahead of personal ambition. Judy Mikovits never meant to wade into a public health brawl. She never considered herself a renegade or revolutionary. Judy’s relatives mainly worked in government or law enforcement. They believed in the bedrock American principles of hard work, respect for authority, and, above all, telling the truth. That backdrop made it impossible for her to abandon her high natal standards of honesty and integrity even when they became a hindrance.

After leaving NIH, she worked a stint for Upjohn—leading a project to prove the safety of the company’s blockbuster Bovine Growth Hormone. When Mikovits discovered the company’s formula could cause precancerous changes in human cell cultures, she refused direct orders from her boss to hide her discoveries. Mikovits’ revelation suggested that the ubiquitous presence of the hormone in milk could lead to breast cancer in women who drank it. Her refusal to back down precipitated her departure from Upjohn and her return to NIH and graduate school. Judy’s war on BGH eventually led to Upjohn abandoning the product.

A new retrovirus—a ticking timebomb
In 2009, now in academia, Mikovits and Ruscetti, who was still at NCI, led a team that discovered a strong association between a previously unknown retrovirus and myalgic encephalomyelitis, commonly known as chronic fatigue syndrome (ME/CFS). Predictably, the retrovirus was also linked to certain blood cancers. Collaborators had named it Xenotropic Murine Leukemia Related Virus (XMRV), when they first detected in DNA sequences in prostate cancer a few years earlier.
The medical community had dealt with Chronic Fatigue Syndrome, which strikes mostly women, in bad faith since its appearance in the mid- 1980s. The medical establishment derided ME/CFS as “yuppie flu” and attributed it to the inherent psychological fragility of career women pursuing professions in high-pressure corporate ecosystems. Mikovits found evidence for the retrovirus in approximately 67 percent of women afflicted with ME/CFS, and in a little less than 4 percent of the healthy population.

Chris of the family Masters commented on Phyllis Maka's blog post “Bolshevism was the greatest human slaughter of all time.” Their Biggest Yet will be - COVID-19 VACCINE: A Biological Weapon of Mass Destruction
"How much is your health worth? No one will enjoy life being sick like a dog...."
3 hours ago

Daily Con commented on Chris of the family Masters's blog post Proposal suggests giving $1,500 stimulus checks in exchange for taking COVID vaccine
"Here will give you $1500.00 bucks now take your poison. Fucked Up Beyond All Recognition!"
3 hours ago

Daily Con commented on Phyllis Maka's blog post “Bolshevism was the greatest human slaughter of all time.” Their Biggest Yet will be - COVID-19 VACCINE: A Biological Weapon of Mass Destruction
"Bolshevism V 2.0 has arrived and even more people will potentially die this time around. As they…"
3 hours ago

Daily Con favorited Phyllis Maka's blog post “Bolshevism was the greatest human slaughter of all time.” Their Biggest Yet will be - COVID-19 VACCINE: A Biological Weapon of Mass Destruction
3 hours ago

Chris of the family Masters favorited Phyllis Maka's blog post “Bolshevism was the greatest human slaughter of all time.” Their Biggest Yet will be - COVID-19 VACCINE: A Biological Weapon of Mass Destruction
3 hours ago

Chris of the family Masters commented on Phyllis Maka's blog post OLD WIVES TALE
"1984 came very late to our lives. Had to wait 36 years...."
5 hours ago

steve replied to Daily Con's discussion Directly From Moderna…What Pain You Be Feeling From Day 1 of The Vaccine…
"No animal testing done when "warp speed " is required.. Chk this out ,all the animals fkn…"
6 hours ago

Ban Advertisement for Junk Food on the Internet

Ban Advertisement for Junk Food on the Internet