CHUCKYS BLOG SPOT 2 RANDOM RANT'S FROM A FUSTRATED POLITICAL MADMAN! EVERYTHING THEY DON'T WANT TELL YOU ON THE NEWS! DAILY TO SHAKE UP YOUR REALITY!

SEXY & HOT COMMENTS YOU TUBE ASSASSIN WHERE WE FIND THE CLEVER CREATIONS FROM YOU TUBE! AND THE NOT SO CLEVER! DAILY COMMENTARY AND NEW VIDEO HIGH LIGHTS!

The Death of fair and honest broadcasting in America!

MSNBC announced today that Keith Olbermann Would not be anchoring the upcoming debates and election!

Feeling pressure from NBC/Universal to quiet his truthful reporting on the political candidates and sifting through the propaganda and rhetoric spewed on the American sheeple! I can't say I'm surprised, he doesn't spoon feed the masses a load of crap, which is dangerous for anyone in the public eye! The funny thing is, Olbermann is only 2.5 % of the NBC corporations news programing. If you watch any of their programing, you will come to realize that he was the only thing keeping NBC some what balanced or fair! The morning shows look like a Republican, neo conservative propaganda outlet. Matt lauer and company seem more interested in fluff, and taking down and attempting to discredit anyone reporting the Truth. People that do not understand how the multi national corporations are dumbing down Americans, probably watch NBC or FOX! Lots of passion, and zero content or truth! This is truly a sad day for America. Not since Edward R. Murrow has the news media had any creditability or non bias reporting!

Most people do not know (because the media won't tell you) that during the 80's, Ron Reagan, paid by the multi national corporations, deregulated the broadcasting industry. This was the abolishing of the fairness doctrine in 1987! This was originally put in to place because the Hearst corporation had owned 60% of the news mediums in the US, and he could influence the outcome of any election by the type of reporting he choose for the American sheeple! Reagan was a pawn, used to get Bush senior close to the white house so they could kill Reagan, and Bush senior would take the reins early to institute his New World Order! Reagan was indoctrinated at the Bohemian grove among the worlds corporate and political elite! He sold Americans and our freedoms down the river, and they tried to kill him for it! I would feel sorry for Reagan, but he choose money, power, and fame over integrity, honesty, and freedom!

Now the catch phrase is "embedded reporters", this is the new control! They are an extension of the propaganda outlets in the government and corporations! How can a journalist report any controversial news, when they are in bed with the very people they are covering?

They can't, see Olbermann for proof! He tells the truth for a few month's, and as soon as he gets popular with the truth, they put a stop to that!

John McCain and Sarah Palin are the next puppets for the corporate elites and the military industrial complex! There is not a national or local broadcasting outlet that will tell the truth about the hypocrisy of these two political puppets!

When the national media has been taken over by the corporations and political madmen, there is nothing left for the people but oppression and disinformation! This is how the Nazi regime came to, and held on to their power over the people! Proof: the coverage of the DNC and RNC by the national media, was a joke! They reported that the protesters were violent, when it was the police! FOX and other news outlets went into crowds trying to provoke incidents with the protester's! They condemned people for exercising their constitutional rights of free speech, which they cry 1st amendment, when they want to spin the news for a candidate, or global agenda! The spin doctors are keeping a veil over the true direction of our country, and the dismantling of our constitution! The architechs of this agenda are the corporate and banking elites, and the zionists who hide behind the scenes! If you take the time to search for these truths, they are not hard to find! But that is not what Americans do, is it? W e sit on our fat asses and wait for the TV to spoon feed us talking points! Then we go out and repeat the lies we hear on TV till they become truth! Or we just don't care as long as we get our American Idol or American gladiator! Either way our country is being sold out from under us! And now our homes will be next, with the Fanny Mae/ Freddy Mac fiasco! Next the dollar will be put to death for the Amero. If you don't beleive it, see the EU's Euro and Lisbon treaty! Well I better wrap this up, if it takes more than 3 minutes to read a story or blog, you lose the average American's attention span! Sad, sad time for America, and a spit in the faces to all the service men and women who died to preserve these freedoms, and protect our democracy!
Rest in peace!
Mad Marc

NEW!!! Visit CHUCKYSBLOGSPOT2 Find more videos like this on CHUCKYSBLOGSPOT2 AWESOME MUSIC VIDEO!!! WELCOME TO THE REVOLUTION!!! CHUCKYS BLOG SPOT 2 RANDOM RANT'S FROM A FUSTRATED POLITICAL MADMAN! EVERYTHING THEY DON'T WANT TELL YOU ON THE NEWS! DAILY TO SHAKE UP YOUR REALITY! YOU TUBE ASSASSIN WHERE WE FIND THE CLEVER CREATIONS FROM YOU TUBE! AND THE NOT SO CLEVER! DAILY COMMENTARY AND NEW VIDEO HIGH LIGHTS!

FDR THEY DESERVED. BUT DO WE DESERVE OBAMA? 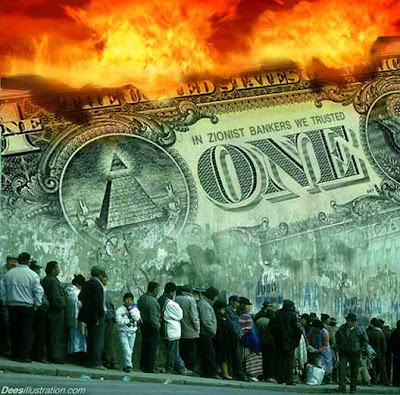 truth said…
Hello and Welcome Back to the Network!!!

Chris of the family Masters posted blog posts
7 minutes ago