The International Rice Research Institute (IRRI) is one of the 15 international agricultural research centres that come under the Consultative Group on International Agricultural Research (CGIAR). It was set up in 1960 in the Philippines with funds from the Ford and Rockefeller Foundation.… Continue

Replikins, Ltd. published a FluForecast® warning in April 7th, 2008, a year before the recent Mexico and California H1N1 cases. The company was able to state the likelihood of H1N1 outbreaks based on its patented Replikin Count™ genomics technology, which examines specific regions in virus genes which have been linked with past epidemics. The April 2008 announcement, attached below as published on the Web, stated that in H1N1 the… Continue

FDA Approval of 'Morning-After Pill' for Minors Without Prescription

That was the assessment of… Continue

Two characteristics seem to be emerging from the Obama Administration's agriculture policy -- a global outlook and confidence in technology solutions.

Just how to do that is an important but… Continue

Canada and the United States: Time for a Joint Threat Assessment

Currently Canada and the United States share information and intelligence; cooperate extensively on law enforcement issues—particularly border-related crime and terrorist travel; and work together to thwart potential air and sea threats. Both countries routinely, and respectively, produce national intelligence assessments that are frequently published in unclassified form so that… Continue

If there was any question about how the Obama administration would get behind agricultural biotechnology, Agriculture Secretary Tom Vilsack is removing any doubt. In fact, he says he’s going to do a better job than the Bush administration.

Just back from the G8 summit in Italy, Vilsack pledged today to bring a “more… Continue

The National Institute of Standards and Technology (NIST) has announced a three-phase plan to expedite development of key standards for a Smart Grid, a nationwide network that uses information technology to deliver electricity efficiently, reliably and securely.

Smart Grid is a key component of the Obama Administration’s commitment to moving the nation toward energy independence, and funding to spur the development process was included in the recently passed American Recovery and… Continue 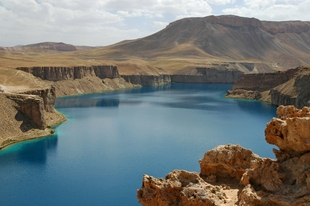 The Virginia Department of Agriculture and Consumer Services (VDACS) encourages all organic farmers in the state to participate in the first wide-scale survey of organic producers and producers transitioning from traditional to organic production methods.

Cape Town — Levels of political violence in South Africa are lower than might be expected but there have been instances of intolerance across the country, and party activists have threatened voters with loss of food and jobs if they vote for the opposition, reports the Election Monitoring Network, a group of civil society organisations which has deployed 500 monitors nationwide to watch for election-related abuse or… Continue

Keeping slim is good for the planet, say scientists

Maintaining a healthy body weight is good news for the environment, according to a study which appears today in the International Journal of Epidemiology.

Because food production is a major contributor to global warming, a lean population, such as that seen in… Continue

Gates Foundation Director Rajiv Shah: Under Secretary for Research, Education and Economics in the Department of Agriculture

President Barack Obama has named Rajiv J Shah, an Indian American scientist managing a programme at the Bill and Melinda Gates Foundation to help the world's poor lead healthy and productive lives, to a key post.

Obama intends to nominate Shah as under secretary for research, education and economics in the Department of Agriculture, the White House announced on… Continue

Scientists at the SUNY College of Environmental Science and Forestry ranked a crowded planet as the biggest problem we face, followed by climate change and a need for renewable energy resources.

Overpopulation is the world’s top environmental issue, followed closely by climate change and the need to develop renewable energy resources to replace fossil fuels, according to a survey of the faculty at the SUNY College of Environmental Science and… Continue

New York Times: "E.P.A. to Clear the Way for Regulation of Warming Gases"

It may sound like science fiction, but it’s only a matter of time before the world’s militaries learn to wield the planet itself as a weapon.

Preventing global warming from becoming a planetary catastrophe may take something even more drastic than renewable energy, superefficient urban design, and… Continue

Portable E-Bomb to Be Tested Portable E-Bomb 15 April 2009—This week at an arsenal in Huntsville, Ala., defense researchers are testing a new high-power microwave (HPM) bomb—one that creates an electromagnetic pulse capable of disabling electronics, vehicles, guided missiles, and communications while leaving people and structures unharmed. The tests mark the first time such a device has been shrunk to dimensions that could make it… Continue

cheeki kea commented on Phyllis Maka's blog post BLOODY DORKS INTERFERING WITH SHOPPING CART PAGES ONLINE
"Wow, what ever your saying on fb must be awesomely True for them to panic so much, cool. Keep up…"
11 hours ago

"I remember the asbestos scandal james hardie and their bs and lies until they had to pay out 1.6…"
12 hours ago

cheeki kea commented on Phyllis Maka's blog post BLOODY DORKS INTERFERING WITH SHOPPING CART PAGES ONLINE
"I hope the internet spies do all go to jail soon, the sooner the better. At least with the border…"
13 hours ago

cheeki kea commented on Phyllis Maka's blog post BLOODY DORKS INTERFERING WITH SHOPPING CART PAGES ONLINE
"There's very little check Out when (They) check In. Countdown and out are the self appointed…"
15 hours ago

Phyllis Maka commented on Phyllis Maka's blog post BLOODY DORKS INTERFERING WITH SHOPPING CART PAGES ONLINE
"I'm on Linux (which ever OS that doesn't have firefox on it), and use Opera or Chrome…"
18 hours ago