LONDON (AP) — News Corp. chairman Rupert Murdoch said Wednesday that his globe-spanning TV and newspaper empire doesn't carry as much political sway as is often believed, telling a British inquiry into media ethics that he wasn't the power behind the throne often depicted by his enemies.

Speaking softly, deliberately and with dry humor, Murdoch sought to deflate what…

Kevin is a chemistry laboratory manager with twenty-two years of professional experience. Through his work as Site Manager for the environmental testing division of Underwriters Laboratories (UL), he began to investigate the tragedy of September 11th, 2001. Ryan was fired by UL, in 2004, for publicly asking questions about UL’s testing of the structural materials used to construct the World Trade Center (WTC) buildings as well as UL’s involvement in the…

For the first time British audiences…

Cynthia McKinney back and running for her old congressional seat

Cynthia McKinney back and running for her old congressional seat 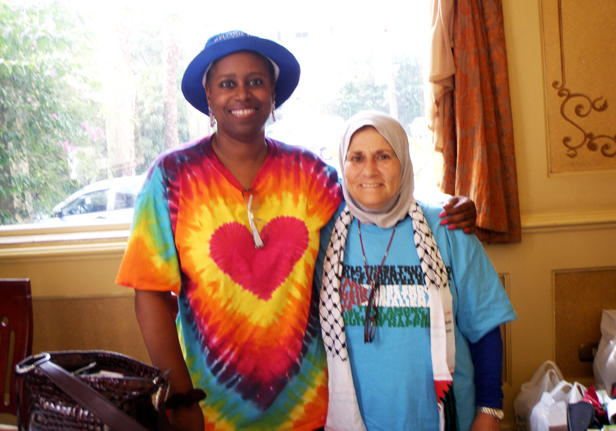 McKinney was defeated by 4th district incumbent Hank Johnson in…

Senator Warned in ’75: “NSA’s Capability Could Be Turned Around On The American People”

“No American Would Have Any Privacy Left …There Would Be No Place To Hide. [If A Dictator Ever Took Over, The N.S.A.] Could Enable It To Impose Total Tyranny, And There Would Be No Way To Fight Back”

A Slick Trick on the NDAA and Indefinite Detention; Don't Be Fooled!

It looks like there is slick little trick brewing in Congress. Supporters of locking people up without charge or trial are getting ready to play yet another trick on the American people. Paris:  Tens of millions of French voters turned out Sunday for the first round of a presidential poll that is expected to see the left oust Nicolas Sarkozy after only one turbulent term in office.

The left has not won a presidential election in a quarter of a century, but…

At the High Court, Mr Justice Vos is deciding issues concerned with a… President Barack Obama has legal minds wondering if his update of the presidential authority to take over the national defense resources during an emergency is his attempt to expand his power, or is he trying to organize rules that have been in the making for 18 years.

The U.S. Secret Service is looking into a violent rant by "Catch Scratch Fever" rocker Ted Nugent in which he denounced President Barack Obama and his top advisers as "evil" and urged National Rifle Association members to help "chop their heads off in November."

"I'll tell you this right now: If Barack Obama becomes the president in November, again, I will either be…

In a shocking display of the police state and the creeping push towards actual martial law, heavily armed military officers in black helicopters swooped through downtown Chicago in what was billed as a routine military exercise.

Professor Obama Gets an F
by Ron…

MILLEDGEVILLE, Ga. (AP) — Police in Georgia handcuffed a kindergartner after the girl threw… 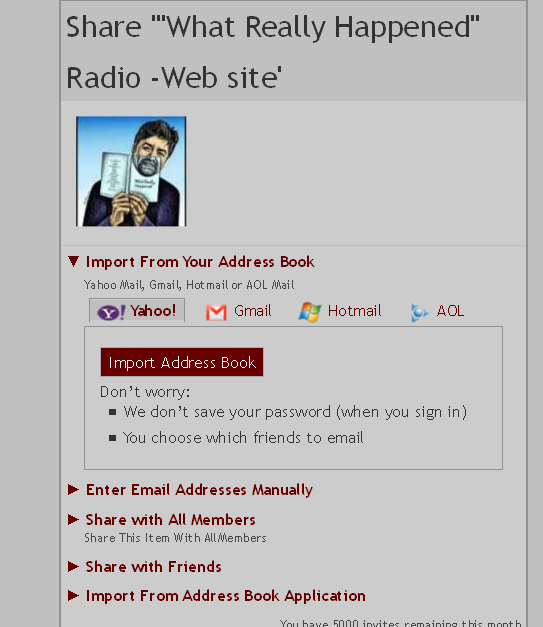 In reaction to the early Friday morning shooting spree in north Tulsa, Chief of Tulsa Police Chuck Jordan has announced the formation of a joint city-federal task force to find the killer.

Five people were shot in the early morning hours…

Corbett Report: Episode : How the Left Learned to Stop Worrying and Embrace Wars of Imperial Aggression

Corbett Report: Episode 224 - R2P or: How the Left Learned to Stop Worrying and Embrace Wars of Imperial Aggression

listen to corbett report on…

Doc Vega commented on Central Scrutinizer's blog post USA TODAY REFUSED TO PUBLISH HUNTER BIDEN SCANDAL OP-ED, SO HERE IT IS
"The Nazi book burners couldn't have done it better! America and its freedoms are under siege!"
7 hours ago

Doc Vega replied to Chris of the family Masters's discussion Medical Fraud of Yesteryears Continue
"Wow the horrifying reality of diabolical poisoning of the masses under the aegis of vaccine.…"
7 hours ago

Mr. Sizzle commented on Central Scrutinizer's blog post USA TODAY REFUSED TO PUBLISH HUNTER BIDEN SCANDAL OP-ED, SO HERE IT IS
"Once you come to the realization that NO political figure has your best interests in mind…"
9 hours ago

Mr. Sizzle replied to Chris of the family Masters's discussion Medical Fraud of Yesteryears Continue
"You mentioned Dr F.R. Klenner and his advancing research on ascorbic acid with tremendous health…"
9 hours ago