The Chronic Deception of the Big Lie Part II 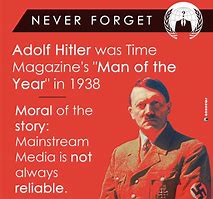 Americans have been so misled and intentionally brainwashed against the founding principles set by our Founding Fathers that it is staggering. If one were to review the legislation and voting record of the Democrats it would that the Soviet Union had attended Congressional sessions regularly. Especially, since by 2010 we had more than 80 Communist Party card carrying members of Congress! These are facts that they would rather “We The People” should not know. You might ask why any card carrying Communist, Muslim, or other group of people who are hostile to the cause of the United States would ever be allowed to hold office.

One of the biggest lies that have been perpetrated by Democrats and whatever vermin who call themselves Republicans who frequently stab conservative voters in the back is the fallacy known as separation of church and state. In his letter to the Danbury Baptist Association Thomas Jefferson clearly stated that our founders wanted government out of the affairs of the church so that there would be no interference in the matter of faith and worship of God while intending that the church would remain in the affairs of the federal government. Why? After what Puritans and Pilgrims had suffered through persecution by the Anglican Church, the King of England’s oppressive state run church which ultimately led to the creation of the 13 Colonies, our founding fathers chose wisely to never let that happen again. They also wanted a moral influence on Capitol Hill. Sessions of Congress regularly attended church in the nation’s capital! 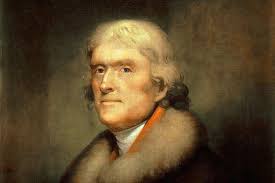 Today in contrast to children being urged to repeat excerpts from the Koran in public schools in Kentucky and Muslim prayer breakfasts are held on Capitol Hill, Thomas Jefferson urged that our legislators to adhere to Biblical standards of conduct as opposed to the present day where the Ten Commandments have been removed from the frontages of courts and judges who defend the US Constitution which was based upon Biblical principle, find themselves removed from the bench. Today, a lasting and intentional misinterpretation of Thomas Jefferson’s opinion that the state not the church should be separated from public affairs and government function. This is easily apparent when one considers that up until President Trump was elected, US taxpayers were footing the bill for half a billion dollars in Planned Parenthood  funding simply for the abortion of the unborn! Under the Democrat intentionally misleading aegis of separation of church and state every effort is made to oust Christian influence from our legislators!  The “Big Enduring Lie”.

Yet another Big Lie comes to us from the past and even today its undeniable influence is felt. In 1951 despite evidence of Soviet Communist infiltration of the US government and even our most top secret operations, once Senator Joe McCarthy’s investigations began immediately a backlash by Hollywood and the Democrats began! To this very day people have ignored the truth behind historic evidence that the Communists had penetrated our most crucial classified intelligence agencies and still mock the alerts that were rightfully raised at that time as alarmist and unfounded paranoia! 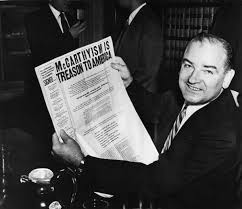 One might recall that Joseph Stalin did not seem surprised at all when he was informed that the US had developed the Atomic Bomb that would be used on Japan to end World War II in the Pacific theater of operations! Why? Truman’s emissaries were puzzled by the Russian Communist Dictator’s demeanor. It was because Stalin’s spy network had broken through and had already stolen secret documents detailing the results of the Manhattan Project. Not only this but by 1951 the Soviets had already stolen plans for the creation of the Hydrogen Bomb from US top secret files. It didn’t stop there. A major push by Communist agitators infiltrating US labor unions and causing violent riots was underway! In Hollywood numerous well-known actors, actresses, and movie directors had become Communist Party members during and after the Great Depression! 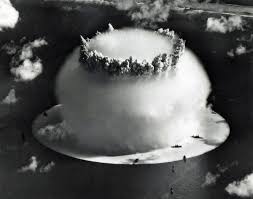 Yet, once again when exposed for their actions what does the left, the Democrats, and the socialist movement do? They immediately begin to blame others for the very thing they are doing. They, using the classic tenants of the Karl Marx Communist Manifesto go on the offensive. When they cannot win on a level playing field of debate they begin to personally attack and isolate their opposition in order to manipulate public opinion. So, as Joseph McCarthy, a Senator elected in 1950 began his public interviews of prominent Communist Party members the media began to denounce his actions as the “Red Scare”. As time went on the propaganda against McCarty increased to the point of his being relieved of the very investigation he had set out to prove that dangerous foreign elements had infiltrated the US State Department as well as the Hollywood entertainment industry. Why wouldn’t the US Army be concerned that America was in danger thanks to foreign espionage and propaganda?

Once again evil won against exposure with obvious truth that would have backed up charges that the Russians had made a serious threat come true and were influencing US foreign policy while stealing important Defense Department secrets! According to many veterans such as Phillip J. Corso, a former Captain in the US Army intelligence corps the Russians had undercover agents all over the New Mexico rocket development installations who in 1947 were on high alert thanks to unknown flying disks that were penetrating US forbidden air space. As radar installations from Roswell Air Field to Moriarty Air Force Station among many others scanned the skies for UFO activity the Russian agents were present. According to Corso once the Roswell Incident occurred, the US Army made special arrangements to sequester recovered artifacts from the alleged saucer crash so that the Communists would not get their hands on the advanced technology that would later lead to rapid technical development in the future. 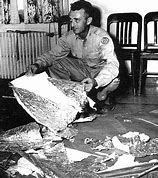 In the mid 1960’s a comedy movie came out on US movie theaters in the early stages of the Vietnam War while once again the US was on crucial footing with the Soviets, North Korea, and China. Hollywood once again ridiculed any publicly heightened awareness of Communist operations by lambasting the US military of concerns that Russia was influencing US society and its international world view. “The Russians are Coming the Russians Are Coming!” became a big hit among a public that was unaware of just how true that statement really was.

The American public has a very short memory when it comes to the pitfalls of history at the hands of our sworn enemies. The “Bay of Pigs” and The Cuban Missile Crisis” in 1962 gave way to another publicity wave of trying to dismiss the potential threat. Even today as one of our own Ambassadors to the Ukraine was a Russian immigrant who was educated and trained under very controlled and questionable conditions Marie Yovanovitch, who did more to obstruct US interests in several foreign incidents has been used to testify against our own President. 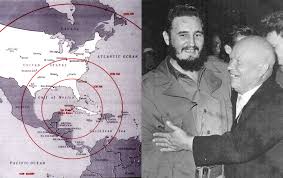 In trying to demonize US intelligence efforts and thus portray the American military as an unjust power in the world eventual public opinion toward the Vietnam War becomes hostile and unsupportive. As campus demonstrations caused fires and even led to shootings proof that Communist led subversion was at work was rarely reported by the US media. If the Communists could defeat public opinion of the war at home they could end military operations abroad. They effectively dismissed the “Domino Theory” the collapse of Indochina should South Vietnam fall. The theory came to brutal fruition as Cambodia and Laos came under savage Communist pogroms as millions were executed. Only Thailand escaped Communist invasion because the US maintained large bases there. All it took was the kind of effective brainwashing that is essential in making the “Big Lie” become truth in the minds of the masses. It seems to overcome fact every time. For decades our lives have been governed through biased news coverage and compromised government policy by the Big Lie! 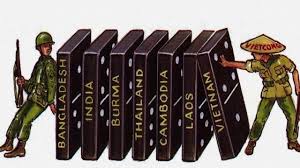 James, a perfect example of how our own public school system has failed us and paved the way for kids to be stupid enough to elect traitors like Barack Obama and Nancy Pelosi, and in the case of Maxine Waters, over and over again, and when being betrayed time after time as blacks have been by the Democrat Party they still keep voting these bastards in!

I wish I had it on video when I was 12 and my "social studies" teacher brought up the "big lie", and I explained the truth about that term. Far from being a Nazi propaganda technique they used, Hitler explained in his manifesto that the enemies of Germany and the German people told bigger lies, because while the people lied themselves "in little things", they would never believe anyone would tell such massive lies as the Jews did. So they ended up trusting in these lies. I asked why detail this in his book, which was practically required reading for everyone, if it was a sinister technique the Nazis themselves used on the public? He was furious.  The Big Lie is a Big Lie.

Mr. Sizzle commented on Chris of the family Masters's blog post American National Alert and Appeal
"@Steve Yes,  it’s called the Samson option where Israel openly states that it has…"
1 hour ago

Mr. Sizzle commented on steve's blog post No cookies for colored santa and no this ain't no "ONION" article
"I feel sorry for the EMT that had to provide medical assistance to that thing.  He’s…"
2 hours ago

Mr. Sizzle favorited steve's blog post No cookies for colored santa and no this ain't no "ONION" article
2 hours ago

Mr. Sizzle left a comment for stormtruther
2 hours ago

"Hundreds? After an incessant international media campaign? Wow!"
2 hours ago

Greta Thunberg told world leaders on Friday that they "haven't seen the last" of climate activists , as she marched with hundreds of people in the western Sw...
4 hours ago
1 Comment 1 Favorite

stormtruther updated their profile
5 hours ago

Chris of the family Masters commented on the mighty bull's blog post Now how stupid is this?
"Big secret... Never sign anything which cops gives you. In the absence of real crime, this becomes…"
7 hours ago