When Did the People Lose Their Voice in American Government? 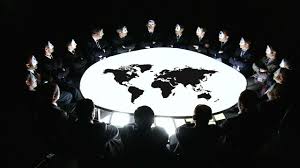 The question has raged ever since the mid-1960’s as angry crowds protested over why the US waged war in Vietnam. Who really runs this country and on what streets do they live? There are many theories and answers. Under the cover of secrecy, these factions of globalist elites have been undermining American sovereignty for decades. Some of the groups I will mention can trace their roots back to the beginning of the 20th Century. They were indeed committed to an ultimate purpose. To end American exceptionalism and individual freedoms. In America, the citizen also had recourse to hold the government responsible should it fail to uphold its Constitutional responsibility. This the statists, collectivists, socialists, Communists, and the progressives could not have.

How the powers that be came about

Many would argue that the beginning of the end for the US was left in the hands of President Woodrow Wilson, a known anti-Semite who allowed the Federal Reserve Act to be passed in 1913. This destructive act paved the way for stifling income taxes, expanded government spending, and the control of the complete banking system and monetary policy in the US. By allowing the resurrection of the European Central Bank in America again President Wilson allowed America’s fate to be decided by only a few men. President Andrew Jackson had driven the European Central Bank out of the country for that very reason. For 75 years there was no foreign banking control over America’s currency, credit, and monetary supply! For longer than that there was no income tax either! In 1913, the Federal Reserve came into power and things would never be the same again. Even today Andrew Jackson is maligned by the left!

Some might theorize that when the Emergency Powers Act came into being due to the bankruptcy of the United States in 1932 as the Great Depression reared its ugly head that not only would the US banking system be held hostage, but the debt that had been incurred by the manipulation of the US economy by the shadow government America’s fate was sealed. According to Norman Dodd, a young banking officer just out of college who had been commissioned to investigate the causes of the Great Depression, his Morgan Bank Manager informed him that never would the US banking system operate under sound principles again. The Federal Reserve had seen to that! In the words of Thomas Jefferson if the banking system of any country came under the control of a foreign power it would be more devastating than the takeover by a standing army. He was right. Eventually, every occupying army is forced to withdraw. 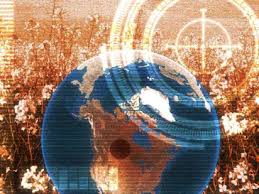 The CFR (Council on Foreign Relations) vets every major news journalist with any affiliation with TV or radio access to the public. By 2010 there were 4,000 anchormen, commentators, and editorial journalists following instructions given to them on what to say and what to inject into their commentary. For decades Americans have been told what to think and what to believe about international and domestic events. Until Rush Limbaugh began his push for a dedicated conservative voice in the communications industry the left was always having its way. Still, of once 55 separate broadcasting TV, radio, and newspaper companies there are only 6 major corporations who control the news we get and they are all aimed at unseating President Trump because he stands in the way of their plans to destroy US sovereignty and make America into another mediocre, third world, banana republic, lawless, illegally appointing its dictators like all Communist regimes. And using iron-fisted force to subjugate its people.

Yet another clandestine front

When the Tri-Lateral Commission was formed under the aegis of helping to form business and resource networks throughout the world and coordinate it with US oversight. Every major political figure has been appointed as a member. As always is the case their meetings are secret and the transcripts are not made public. David Rockefeller was a major proponent of the organization. One might recall that Rockefeller made two major admissions to Aaron Russo, who was invited into the fold, but refused. Rockefeller said that women’s liberation was a movement whose sole purpose was to get women out of the house and to the workplace so the other half of the head of the family could be taxed too. This allowed for even heavier IRS taxation upon the masses. It was David Rockefeller who also revealed that global warming was nothing more than another scam perpetrated by the elites to enable more regulation, more taxation, and control over the populace!

China on the rise

Currently, the World Bank supposedly exists for the purpose of making low-interest loans to help remedy poverty and starvation in third world nations. Among other foreign aid doled out by the US federal government is 1.5 billion dollars to this global banking concern. China has been receiving World Bank loans to the tune of 1.5 billion dollars annually. The difference is according to analyst, Gordon E. Chang, that instead of feeding starving children or showing poor populations how to sustain a business, China has been using the money to buy barbed wire, tear gas, and body armor for police and military use! Future predictions are for China to challenge a more and more beseached USA so that either both Russia and China can dominate the world or successfully shut down America as a military threat. However, this does not mean such a feat would guarantee peace and harmony, it would simply pave the way for a take-over of the US violently as need be. Most certainly a purge of patriots, conservatives, and Christians would follow. China maintains a huge population of political prisoners and has been pressuring ex-patriots of other nations with police home intrusions.

One might recall there were a series of G-20 meetings that were held in the US around 2009 in which protesters who were not even violent were attacked by police without provocation right here in America. The police of such cities as Pittsburgh unveiled new crowd control methods that used sound to disrupt people’s thinking and disorient them to the point of nausea. Filmed encounters revealed police charging across the street to attack demonstrators who were peacefully congregating. Why so much secrecy and hostility over international meetings between the top twenty nations of the world?

The latest strategy to neutralize America from standing in the way of a global government with its superior Armed forces is to export a massive refugee population suited to the tyranny of their past leaders and unfamiliar with Constitutional law. Since the Bush administration, more than 100 thousand Muslim refugees from the Middle East and Northern Africa have been trucked in at the expanse of the US taxpayer each year! There are currently “No Go Zones” in Detroit and Minneapolis where Christians are harassed and a refusal to cooperated with local authorities is tolerated! This would have been unthinkable 20 years ago, but it would seem that our federal government has been working overtime to compromise our nation from within. With the additional lawlessness of sanctuary cities, counties, and states and President Trump’s policy of denying federal funding to these entities defeated by a single activist federal judge appointed by former president Obama the cards are stacked against American citizens being protected by their own government. On daily basis murderers, rapists, and violent criminals are released before ICE can pick them up for detainment and deportation!

In 1999, a local church organization in the Dallas area paid for highway billboards that informed the American people that foreign troops were being housed on US soil! UN troops supposedly on joint training missions were, without the purview of the public, being brought in by the thousands! On more than 1 occasion foreign troops who did not speak English captured and held US citizens who were hunting in areas where a deserted US military base once operated. Those who were held were then turned over to county sheriffs. Another theory of a clandestine US takeover would be that some 200 to 300 thousand foreign troops who were quietly placed would operate on a coordinated assault to take major US cities and shut down major highways to seize American civilian activities and establish a new regime.

Why are these theories so prevalent? Because there is evidence to prove that there are foreign elements working in our government and telecommunications industry to achieve a hidden agenda that does not bode well for the American heritage or our Constitutional laws. Had Hillary Clinton been elected most certainly this kind of illegal assault upon America would now be well underway. We might see America under a dictatorship with a socialist government and economy implemented in all its frightening dynamics! This is why there is so much irrational hatred for President Donald Trump because he became the fly in their ointment. He threw a wrench in the works and put stop to their timetable of conquest! There has never been so much resistance to a US President in American history, especially during peace time. There is a reason for it. 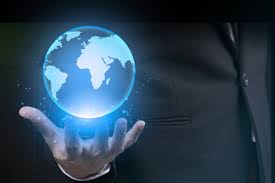 stormtruther commented on Chris of the family Masters's blog post Man who pushed SARS dud now pushing new Chinese virus
"https://patents.justia.com/patent/10130701 jim stone was linking to this when the site got taken…"
55 minutes ago

I have a friend who is a bus driver … a big, strong Irish guy. Recently he was a little firm with…See More
2 hours ago
0 Comments 0 Favorites

Doc Vega replied to Chris of the family Masters's discussion Predictive Programming --- US Civil War?
"I wonder how many people possibly realize that if our government is allowed to continue relocating…"
7 hours ago

"Mr. Sizzle why does America have any responsibility to take on any more immigrants and refugees…"
7 hours ago

"Gosh, do you think this could have been an undeclared act of terrorism?"
7 hours ago

Doc Vega commented on Chris of the family Masters's blog post Is the new 'deadly China virus' a covert operation?
"I remember Obama refusing to put a travel ban on west Africa and several people got through into…"
7 hours ago