The Deadly Coronavirus and the True Cause! 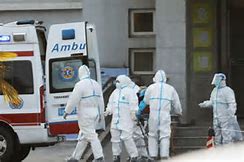 The question of actual authenticity of theories provided by science and the media over the true cause of pandemics has left us questioning whether or not we are getting the truth. At the very least, we have theories galore with little confirmation of the real cause. For example, some attribute the cause of pandemics in a spiritual sense claiming it’s merely Gaia (Mother Earth) who is clearing out those weak in the gene pool, thinning out the human herd like predators do in the wild. Some have theorized that human activity and incursions further into uninhabited regions has merely uncovered here to fore unknown species or ancient strains of virus that have been unknown or perhaps gone into hibernation. 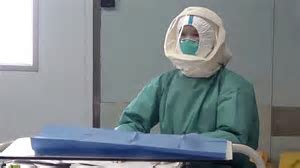 To others it would seem that regularly reoccurring cycles of these dreaded plagues and outbreaks may be some ticking clock that’s part of the environmental balance which discards over population when it negatively impacts the biosphere. There have certainly been a number of reoccurring plagues beginning in Europe during medieval times that wiped out huge segments of the human civilization there without any sophisticated medical procedures to assist the population in restraining or quarantining the widespread cases and deaths. When I was at the UFO Crash Retrieval Conferences held in Las Vegas for several consecutive years a well-known journalist by the name of Jim Mars, former Ft. Worth newspaper man, gave an incredible presentation that revealed historic evidence of magical or paranormal incidents that were observed and reported during the beginning of each outbreak that would be the omen of terrible things to come. To him, it seemed that mankind was at the mercy of outside and unknown forces or entities that were interfering in human events by causing these pandemics for some reason known only to themselves and the signs were there. Several of these outbreaks like the black plague, the red death, bubonic plague, and other catastrophic pandemics were marked by a curious event. 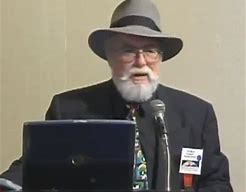 A christening of death

At the European village, host to the epicenter of where the plague would begin in the mist of the evening a lone robed dark figure would appear and raise a wand or sword above its head. Remember this same description of the harbinger of death to come reoccurred several times marking the start of a new deadly outbreak. This according to eye witnesses who were documented as saying this bizarre prelude to destruction! Who or what was responsible for such an enigmatic ceremony that would bring in a wave of human suffering? Were these the Ultra terrestrials spoke of by Author John A. Keel? Were these evil sorcerers dedicated to devastating human civilization? History is reticent to reveal itself to us. 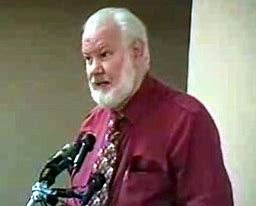 However, there is a much more conventional yet disturbing explanation for the coronavirus outbreak in China. By the amount of slow reaction to the reported cases it would seem there might well be an intentional reason for allowing such an outbreak by Chinese authorities as well. In the city of Wuhan there is a top secret biological warfare facility that the Chinese military uses for experimentation! It is here that some speculate the coronavirus escaped from or perhaps intentionally leaked from! The Chinese got their first taste of exposure to germ warfare thanks to their Japanese invaders during World War II when countless Chinese civilians were exposed to weaponized bacteria that produced terrible sicknesses and skin deterioration. After the war and the defeat of Japan, there is no doubt that the Chinese acquired the specimens and facilities that were used by their enemies for study and or implementation. This would seem to better explain the sudden outbreaks of the previous Sars and Bird Flu sickness that appeared in the earlier part of 2003 and on from there to the present. there has even been speculation that the coronavirus could have been spread from snakes. The World Health Organization conspicuously refused to explore this avenue. However, it does seem we are eternally missing the opportunity to interdict these pandemic outbreaks which point to disturbing possibilities. 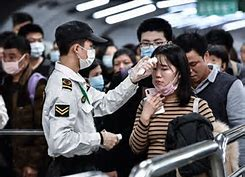 Also consider that before the Great Flood, there doesn't seem to have been any mention of microbes in the Bible, if memory serves. Noah drank grape juice and was unexpectedly intoxicated.

Doc - In the book, The Gods of Eden by Wlliam Bramley, he recounts stories from broadsheets from hundreds of years ago in Germany, and other European countries. Before a plague, black-clad figures would be seen sweeping at crop fields with a "scythe", but the crops would not be cut down. Or similar persons would be seen sweeping at the porches of local residents. There would also be a malodorous miasma immediately before a plague outbreak. These factors were reported on many occasions. The Germans thought the strangers at the crop fields were Turks doing recon before an invasion.

Similarly, the NIDS (New Institute for Discovery Science) of Roberts Bigelow's, and of Skinwalker Ranch fame, did a paper on a "blowdown event" in the middle of the US, where hundreds of acres of trees were downed, without an apparent cause, and the appearance of "Chronic Wasting Disease (a prion disorder like Mad Cow or Creutzfeldt-Jakobs, in North American big game, starting in that area. This was also the site of many paranormal events, UFO sightings, etc.

Central Scrutinizer favorited Phyllis Maka's blog post NOT ONE CORONAVIRUS HEADLINE ON DRUDGE WHEN I CHECKED THIS MORNING, THEY DROPPED THIS STORY LIKE A LEAD BALLOON
2 hours ago

Central Scrutinizer favorited Phyllis Maka's blog post NOT ONE CORONAVIRUS HEADLINE ON DRUDGE WHEN I CHECKED THIS MORNING, THEY DROPPED THIS STORY LIKE A LEAD BALLOON
2 hours ago

Phyllis Maka commented on Phyllis Maka's blog post NOT ONE CORONAVIRUS HEADLINE ON DRUDGE WHEN I CHECKED THIS MORNING, THEY DROPPED THIS STORY LIKE A LEAD BALLOON
"Congratulations to THEM, they have succeeded in creating a world-wide demented mindset from what I…"
9 hours ago

James Roberts commented on Doc Vega's blog post An Incredible insight by a German Actor About Jews, their Relationship with Gentiles in Germany and How Hitler rose to power!
"Doc - OK, no problem. I did like his acting, although I could see the negative effects of soap…"
9 hours ago

Doc Vega commented on Doc Vega's blog post An Incredible insight by a German Actor About Jews, their Relationship with Gentiles in Germany and How Hitler rose to power!
"James, I'm not into the Young and Restless of General Hospital and all that trash that began…"
10 hours ago

Doc Vega commented on Doc Vega's blog post Deadly Strangeness in Southern Louisiana
"James, by the way I lived in parts of Louisiana from Baton Rouge to Alexandria to New Orleans and…"
10 hours ago

"Yep the actors are wanting and the play sucks."
10 hours ago

Doc Vega commented on Doc Vega's blog post Deadly Strangeness in Southern Louisiana
"James, good one! I think the green entity on the left far surpasses any feminine appeal I can…"
10 hours ago