As Iran Hits 20,000 Cases, US Says 'Coronavirus Won't Save You From Sanctions'

What Israel does to the Palestinians and Iran today, they'll do to the West tomorrow. The US and it's government are wholly-owned subsidiaries of Israel. Wrecking a country's economy in the midst of an epidemic is psychopathic in the extreme. Of course they're doing it to Venezuela as well.  “I want the Iranians to know that if I'm the president, we will attack Iran..." - Hillary Clinton

Even amid a global pandemic that's altering daily life as everyone knows it, and with borders shut, markets collapsing, and talk of mobilizing the military domestically, Secretary of State Mike Pompeo is keeping up the administration's "maximum pressure" campaign on Iran.

"The United States sent Iran a blunt message this week: the spread of the coronavirus will not save it from U.S. sanctions that are choking off its oil revenues and isolating its economy," Reuters reports.

Consider too the blunt headline to the report — U.S. to Iran: Coronavirus won't save you from sanctions. This as a top Iranian health expert warned his fellow citizens to brace for "millions" possibly killed as a result of the deadly pandemic. “Our policy of maximum pressure on the regime continues,” Brian Hook, the US Special Representative for Iranian Affairs, told reporters this week. 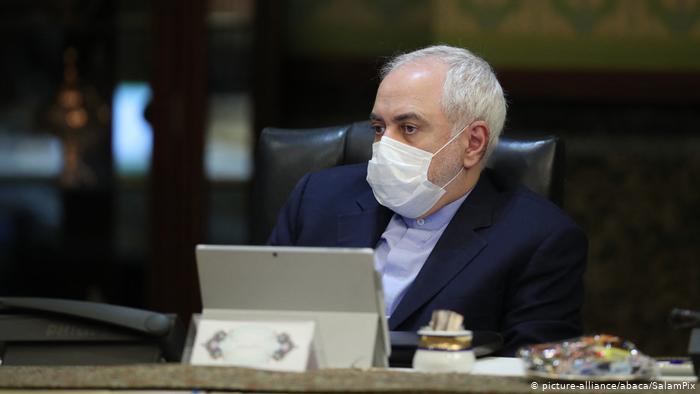 But as Spencer Ackerman reports, this policy will actually make the Covid-19 spread more dangerous for us all:

“We are not safe in any place until everyone all over the world is safe,” Paul Anatharajah Tambyah, the president of the Asia-Pacific Society of Clinical Microbiology and Infection, told the Wall Street Journal about a new wave of COVID-19 cases in east Asia.

“You have to facilitate these medical goods. Anyone who argues otherwise, or does otherwise, is a sociopath or a moron,” [bold mine-DL] said Jarrett Blanc, a former State Department official who monitored Iran’s compliance with the nuclear deal that the Trump administration abandoned. “The U.S. should be busting its ass to make sure permissible medical exports are available to Iran. It’s in our self-interest.”

The administration gleefully (and fanatically some would say) rolled out with new sanctions this week targeting over a dozen Iran-linked entities and individuals. 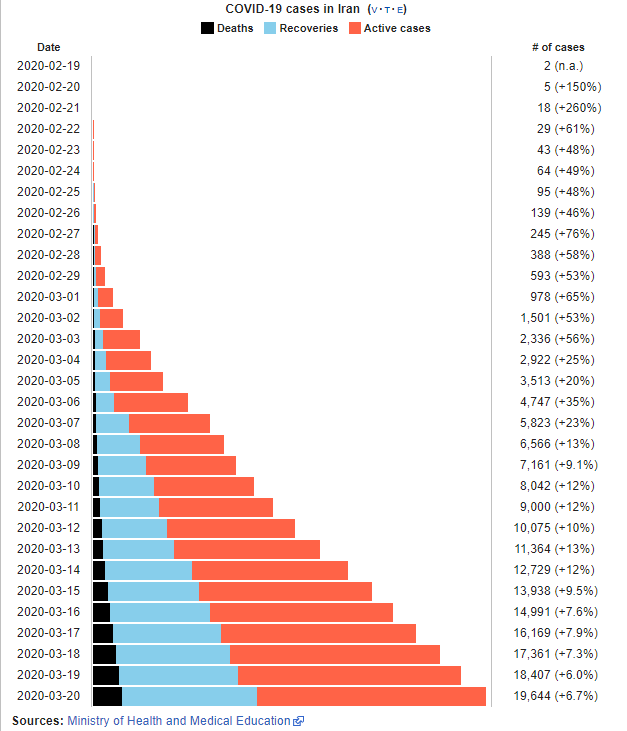 There is the 'option' of merely temporarily suspending the sanctions, aimed to broaden humanitarian aid from the outside, especially concerning badly needed medicines and equipment necessary in fighting Covid-19, which on Friday approached 20,000 confirmed cases (19,644 as of Friday).

The “maximum pressure” campaign is unjust, but to continue it in the midst of a public health disaster is truly sick and twisted. The administration’s refusal to offer sanctions relief at a time like this shows how irrational and malevolent this policy is, and it should make us all realize how senseless and destructive the economic war has been from the start.

It's further worth noting that assuming the best case scenario of a quick containment of the pandemic in the rest of the world over the coming weeks or months...

It remains that if a large country of over 80 million people can't be allowed to get it under control (with failed efforts exacerbated by Washington imposed economic isolation and the devastating sanctions regimen), this will only continue to put the rest of the globe in danger.

cheeki kea left a comment for jon smith
"Greetings jon smith, Fantastic to have you here on this great site."
57 minutes ago

cheeki kea left a comment for Brad Baber
"Greetings to you Brad, it's so awesome you've joined the site today."
1 hour ago

cheeki kea left a comment for Zen One
"Greetings Zen One, You have come to right place indeed, so great to have you here on site. "
1 hour ago

"Great job. Can you do this one? http://www.youtube.com/watch?v=Wm58sGEdgAw"
3 hours ago