WASHINGTON — A former Army microbiologist who worked for years with Bruce E. Ivins, whom the F.B.I. has blamed for the anthrax letter attacks that killed five people in 2001, told a National Academy of Sciences panel on Thursday that he believed it was impossible that the deadly spores had been produced undetected in Dr. Ivins’s laboratory, as the F.B.I. asserts.

A hazardous-materials team investigated a post office in West Trenton, N.J., in October 2001 for clues in the anthrax attacks. 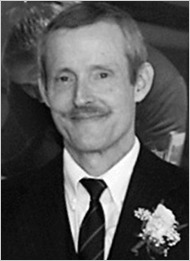 Asked by reporters after his testimony whether he believed that there was any chance that Dr. Ivins, who committed suicide in 2008, had carried out the attacks, the microbiologist, Henry S. Heine, replied, “Absolutely not.” At the Army’s biodefense laboratory in Maryland, where Dr. Ivins and Dr. Heine worked, he said, “among the senior scientists, no one believes it.”

Dr. Heine told the 16-member panel, which is reviewing the F.B.I.’s scientific work on the investigation, that producing the quantity of spores in the letters would have taken at least a year of intensive work using the equipment at the army lab. Such an effort would not have escaped colleagues’ notice, he added later, and lab technicians who worked closely with Dr. Ivins have told him they saw no such work.

He told the panel that biological containment measures where Dr. Ivins worked were inadequate to prevent the spores from floating out of the laboratory into animal cages and offices. “You’d have had dead animals or dead people,” he said.

The public remarks from Dr. Heine, two months after the Justice Department officially closed the case, represent a major public challenge to its conclusion in one of the largest, most politically delicate and scientifically complex cases in F.B.I. history.

The F.B.I. declined to comment on Dr. Heine’s remarks on Thursday. In its written summation of the case in February, the bureau said Dr. Ivins’s lab technicians grew anthrax spores that the technicians incorrectly believed were added to Dr. Ivins’s main supply flask. But the summary said the spores were never added to the flask, suggesting that surplus spores might have been diverted by Dr. Ivins for the letters.

Some scientists and members of Congress protested in February when the Justice Department closed the case, saying it should have waited for the academy panel’s conclusions. The F.B.I. asked the panel last year to review the bureau’s scientific work on the case, though not its conclusion on the perpetrator’s identity.

Members of the panel, whose chairwoman is Alice P. Gast, a chemical engineer and president of Lehigh University, declined to comment on Dr. Heine’s testimony or his remarks to reporters. The panel is expected to complete its report this fall.

Since shortly after Dr. Ivins took a lethal dose of Tylenol in July 2008 and the Justice Department first named him as the anthrax mailer, some former colleagues have rejected the F.B.I.’s conclusion and said they thought he was innocent. They have acknowledged, as Dr. Heine did on Thursday, that they wanted to clear the name of their friend and defend their laboratory, the United States Army Medical Research Institute of Infectious Diseases. Dr. Heine said he had been treated as a suspect himself at one point and understood the pressure Dr. Ivins was under.

Asked why he was speaking out now, Dr. Heine noted that Army officials had prohibited comment on the case, silencing him until he left the government laboratory in late February. He now works for Ordway Research Institute in Albany.

Dr. Heine said he did not dispute that there was a genetic link between the spores in the letters and the anthrax in Dr. Ivins’s flask — a link that led the F.B.I. to conclude that Dr. Ivins had grown the spores from a sample taken from the flask. But samples from the flask were widely shared, Dr. Heine said. Accusing Dr. Ivins of the attacks, he said, was like tracing a murder to the clerk at the sporting goods shop who sold the bullets.

“Whoever did this is still running around out there,” Dr. Heine said. “I truly believe that.”

James Roberts commented on stormtruther's blog post Iran’s Coronavirus strain has an admitted 18.2% kill rate by official numbers
"One thing to keep in mind is that care in a hospital in any part of Asia proper, and Iran and…"
46 minutes ago

Anthony Kimbrough favorited Phyllis Maka's blog post No matter how Coronavirus plays out, this is the most relevant statement ever issued and...... Jim Stone
1 hour ago

cheeki kea commented on stormtruther's blog post Iran’s Coronavirus strain has an admitted 18.2% kill rate by official numbers
"What ever it turns out to be, it's shutting things down. Money will go first- because of 9 day…"
1 hour ago

stormtruther commented on stormtruther's blog post Iran’s Coronavirus strain has an admitted 18.2% kill rate by official numbers
"It sticks out like dogs balls when you look at the numbers of fatalities vs infections, whatever…"
2 hours ago

stormtruther commented on King Of Cups's blog post The Satanic and Masonic Unholy Church of Darwinism and Neo-Darwinism. Brought to you by the Illuminati controlled Royal Society
5 hours ago

James Roberts commented on King Of Cups's blog post The Satanic and Masonic Unholy Church of Darwinism and Neo-Darwinism. Brought to you by the Illuminati controlled Royal Society
"Women that had their eggs frozen in liquid nitrogen so they could have a career first are finding…"
5 hours ago

James Roberts commented on King Of Cups's blog post The Satanic and Masonic Unholy Church of Darwinism and Neo-Darwinism. Brought to you by the Illuminati controlled Royal Society
"That first cell is a big problem. They want us to believe that with the same starting chemicals,…"
5 hours ago

At the very beginning of my coverage of the "China epidemic," I cited evidence that the air quality…See More
5 hours ago
0 Comments 0 Favorites

British Plans to Depopulate the WorldBefore reading the information below, listen to a quick…See More
10 hours ago
0 Comments 0 Favorites