The Sexualization of Children in School. Manufacturing Satanism: A Personal Memoir 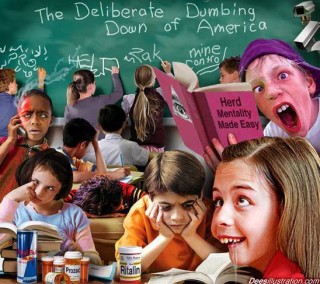 Little girls are being given detailed instructions how to strip and strap on these artificial penises, which they are then told to insert into the vaginas of other little girls— 6th graders aged 11 and upwards who, like themselves, are presumably ready for the raptures of sapphic sex.

In one image, the teacher even shows how to insert the strap-on while her buttocks are in the air and her legs up over her head. In another image, the woman shows the children how to wear a harness to which the strap-on is attached.

Newly implemented Common Core educational standards have been assailed for their attempt to create a lowest common denominator form of teaching which many assert only works to dumb down lessons and prevent smart students from excelling, but these images give a glimpse into an even darker side to the federally mandated rules. 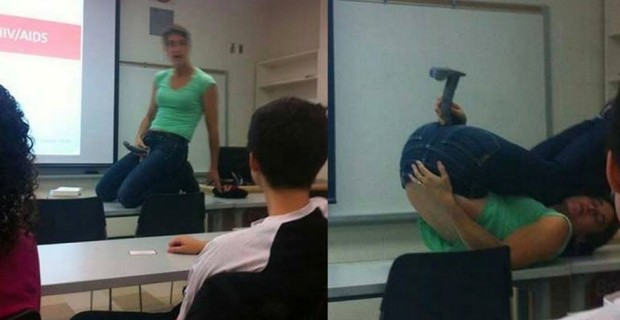 “Common Core” — a euphemism for “Let’s corrupt the kiddies and turn them into little sex machines” — is being federally imposed on states across the nation. It is nothing less than mind pollution of minors cunningly disguised as “teaching”. Its opponents assert that it will not only eviscerate critical thinking and lower educational standards, but create adults who are little more  than zombies.

The basic rules of logic and mathematics are also being turned on their heads. As in Orwell’s great novel Nineteen Eighty-Four, where the protagonist Winston Smith was finally forced to acknowledge that 2 + 2 = 5, pupils in American schools today are being subjected to similar absurdities.

“Perhaps the most infamous example of how Common Core will manifest itself in America’s schooling system was illustrated by a bizarre video in which a Common Core curriculum director said that “3 x 4 = 11could be considered a correct answer so long as students could explain how they reached that number.”

Applying the same twisted logic, you can be a model citizen even if you are a serial killer — provided you can give a rational explanation of why you like killing people.

Common Core’s sex education standards have also faced fierce criticism, with one group even claiming that they represent “pornography”, which serves to desensitize children and increase their chances of sexual molestation.

“What is taught includes teaching inappropriate sexuality skills,” writes Joseph R. John. “According to child psychologists, children are not mentally equipped to [receive] sexual indoctrination in kindergarten. They are being indoctrinated in sexual practices they should never  be exposed to!”

Of one thing we can be certain. The Perversion Lobby will win in the end. They always do.SEXUALIZED CHILDREN 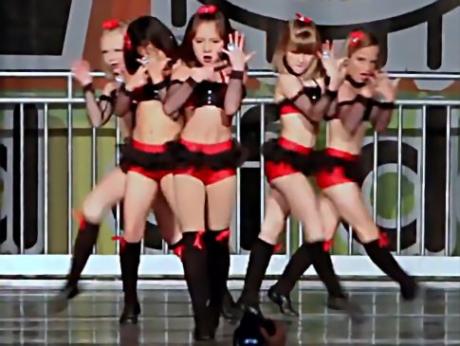 I agree, it is criminal. I can say this: if I had children in school today and found out this was going on....I would be the one arrested as a criminal. I would beat asses from the front door to the back.

It is just unimaginable to me that it has gone this far. This country has gone to hell in a hand basket,  and if there are any decent teachers, principals left, they are just as culpable by standing silent as it happens.

Yes DTOM, It has to be done soon before they turn one generation into sex maniacs. Pornographic addiction is totally destructive to human relationships and work morale.

LP, I don't think it's going to be as 'civilized' as that.

At some point, very soon, parents are going to realize what is going on and then *snap*

Life for those pushing this agenda is going to be VERY unpleasant on that day.

This is very serious and criminal. First thing is to throw out the common core, then to change the teachers.

Chris of the family Masters favorited Phyllis Maka's blog post The Vaccine Hoax is Over. Documents from the UK reveal 30 years of Cover-up. - SOTN
5 hours ago