In all, 26 people, including former school board president Keith Jackson, were indicted on charges related to an extensive crime ring headed by well-known Chinatown figure Raymond Chow, who was also arrested and charged Wednesday.


http://www.zerohedge.com/news/2014-03-27/gun-banning-ca-senator-bus...
The indictment alleges Yee and Jackson defrauded "citizens of honest services" and were involved in a scheme to traffic firearms in exchange

Federal indictment issued against Leland Yee and others

(04-04) 11:39 PDT SAN FRANCISCO -- A federal grand jury has indicted state Sen. Leland Yee and 28 other defendants on charges of political corruption and arranging illicit transactions with undercover agents, adding an eighth felony count against Yee - conspiracy to defraud the public by accepting bribes.

The indictment, made public Friday, also adds three defendants to the 26 who were charged by federal prosecutors last week. According to an FBI affidavit, the charges stems from a five-year investigation that initially targeted Chinatown gang leader Raymond "Shrimp Boy" Chow and spread to his associates, including Keith Jackson, a former San Francisco school board president who worked as a consultant to Yee.

CNN dismissed complaints that the network was not covering last week's shocking arrest of Democrat Leland Yee, the California state senator who was arrested for alleged arms trafficking and bribery, and falsely asserted that it does not give attention to state senators.

That standard did not apply to Texas state Sen. Wendy Davis, whom CNN covered relentlessly. This was long before she even considered a gubernatorial run after filibustering a bill to ban abortions after 20 weeks and make those conducted before then safer.

Viewers and readers on Friday complained that the network, just like Politico, was not reporting or discussing Yee's scandal online, and the official and verified @CNNWriters account tweeted to one critic that ignoring Yee's arrest was standard practice:

@TheINDYpundit It's in line with us covering state senators & state secretary of state races just about never. You see another conspiracy?

Leland Lee and company is linked to 'Shrimp Boy' Chow? What a strange and twisted world in which we live! It makes me think of another 'Chow' (from 'The Hangover' that is). LOL 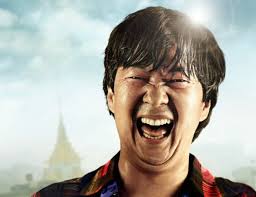 Who is 'Shrimp Boy' Chow? A look at his violent past, alleged reform

SACRAMENTO, Calif. (AP) — The Democratically controlled California Senate has voted to suspend three Democrats who face charges in separate criminal cases, after the latest lawmaker to be hauled into court refused to step down.

Friday's 28-1 vote in the 40-member chamber came amid one of the most severe ethical crises in modern times for the Legislature in the nation's most populous state.

The resolution prevents Democratic Sens. Ron Calderon, Leland Yee and Rod Wright from exercising any power of their office until the pending criminal cases against them have been resolved. Even so, they will continue receiving their $95,291 annual salaries.

Another crooked Democrat in Cali.

"Something about being over represented for such a minuscule population. I think the census is…"
58 minutes ago

Central Scrutinizer favorited Mr. Sizzle's blog post The old guys from the USS Liberty are still around for those that still remember.
4 hours ago