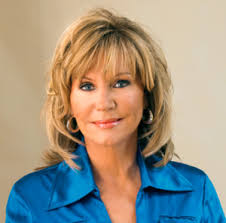 A major whistle blower who exposed the Obama administration for allowing the subversive compromise of the federal government. The radical Islam threat was intentionally ignored!  Phil was interviewed extensively by Sandy Rios for AFR Radio. Only Fox news would give Chaney and his book air time and review of all the TV news channel outlets. What happened after these serious allegations? Nothing! As in most of the corrupt government and media conduct now prevalent in America!

Philip Haney, a Department of Homeland Security (DHS) whistle blower who was an outspoken critic of the administration of former President Barack Obama, was found dead Friday, about 40 miles east of Sacramento, Calif., local authorities said.

Haney, 66, "appeared to have suffered a single, self-inflicted gunshot wound," the Amador County Sheriff's Office said in a release. Sheriff and coroner Martin A. Ryan shared the initial details of the case.

"On February 21, 2020 at approximately 1012 hours, deputies and detectives responded to the area of Highway 124 and Highway 16 in Plymouth to the report of a male subject on the ground with a gunshot wound," the release read.

"Upon their arrival, they located and identified 66-year-old Philip Haney, who was deceased and appeared to have suffered a single, self-inflicted gunshot wound. A firearm was located next to Haney and his vehicle. This investigation is active and ongoing. No further details will be released at this time," the office added.

DHS WHISTLEBLOWER SPEAKS OUT ABOUT JIHAD IN AMERICA

Why didn't the news channels cover these deaths in 2016? Coincidental? I think not!

These deaths all happened within six weeks of each other all before the Dem convention and around the time of the Wiki-leaks release. More recently the heavyset black doctor many people saw next to Hillary all the time died right before he was to testify before Trey Gowdy’s committee. He was 35 and the cause of death was a heart attack. Are all these deaths coincidences?

This is why the FBI, Congress, and the media are pushing the Fake Trump/Russia story so hard so they don’t have to investigate all these deaths which they know most likely leads to Hillary and maybe even Obama. Americans need to know the truth about who ordered the death of Seth Rich because it may be one of the worst politically motivated crimes in the history of our nation.

When people can be gunned down for doing their jobs and trying to be watch dogs over illegal activity on Capitol Hill, America is no longer the land our Founding Fathers intended! This has gotten way out of hand!

cheeki kea left a comment for jon smith
"Greetings jon smith, Fantastic to have you here on this great site."
26 minutes ago

cheeki kea left a comment for Brad Baber
"Greetings to you Brad, it's so awesome you've joined the site today."
32 minutes ago

cheeki kea left a comment for Zen One
"Greetings Zen One, You have come to right place indeed, so great to have you here on site. "
36 minutes ago

King Of Cups replied to steve's discussion The sheeple worldwide cheer the ones who help enslave,isolate and install the shackles on them.
"LOL!"
1 hour ago

King Of Cups replied to steve's discussion The sheeple worldwide cheer the ones who help enslave,isolate and install the shackles on them.
"Accept what? Euthanasia I don't think so. I'll take my chances with the bears and the…"
1 hour ago

Mr. Sizzle replied to steve's discussion The sheeple worldwide cheer the ones who help enslave,isolate and install the shackles on them.
"And when the Jew run AMA tells you and your family to get the lethal shot for the bio-weapon they…"
2 hours ago

King Of Cups commented on Central Scrutinizer's status
"Just a gut feeling I think you have found something pretty substantial. I use to install sat.dishes…"
3 hours ago

King Of Cups favorited steve's discussion The sheeple worldwide cheer the ones who help enslave,isolate and install the shackles on them.
3 hours ago

King Of Cups replied to steve's discussion The sheeple worldwide cheer the ones who help enslave,isolate and install the shackles on them.
"Next up "it's just a pin prick don't worry" they will be lining up to get…"
3 hours ago

King Of Cups replied to King Of Cups's discussion Putchists in the Shadow of the Coronavirus by Thierry Meyssan
"I know about the recent issues at Fort Detrick and it's connection to MKUltra etc. etc.…"
3 hours ago