War How History Repeats Itself and China

The year is 1941. Although war rages in Europe and North Africa still America has remained as an isolationist. Through the Lend Lease Act President FDR has begun aid to Russia and Europe, but Americans are strongly against committing fighting men to the war. In the Pacific theater tensions have been rising between the US and Japan for at least 9 years. Since 1929 Japan has been invading Manchuria and photos of Japanese soldiers carrying around the severed heads of Chinese troops are rare and discouraged. Japan has built a vast Imperial Navy and land army and is readying its plans.

The unthinkable would happen

Americans are gullible thinking Japan would never strike the might of the American Naval fleet. They think of Japanese as subhuman and incapable of competing against American and white society dominance, but they're wrong! Much like H.G. Wells "War of the Worlds" powers who are contemptuous of our resources and prestige are drawing their plans with evil intentions just as the Martians planned to invade the planet earth.

The Japanese have been patient but committed to their long term goal. In the Pacific Island chains of the Solomons and Marshalls they have built entire islands that serve as military bases and airfields. Their Navy has been supplying resources and troop deployments to these island strongholds. Reinforcing these islands with impregnable bunkers, caves, underground tunnels, and heavy gun emplacements ensure that it will be a bloody campaign for whoever decides to oppose the Japanese empire.

Calm before the storm

In contrast, America has maintained a low key military presence tasked with the safe escort of shipping lanes and sea rescues. Merely keeping the shipping lanes opened and free of piracy has been the main goal. Much petroleum, metal ore, and agricultural products have become the lifeline of many countries thanks to well-established sea lanes in the Pacific, but the Japanese have different designs. There's is gradual control and dominance of the Pacific forcing America and Great Britain out of these waters and using war as the tool to achieve that goal.

How does history repeat itself today after what we already know about the outcome of the "Two Ocean War" as described so eloquently by Samuel Elliott Morrison in his book about the US Navy having to fight two massive oceanic wars at the same time? Today, in the South China Sea our potential enemies North Korea and mainland China enforce territorial control way beyond the 200 mile international limit. They harass or sink any shipping that is legally within that zone. China for the first time is building giant aircraft carriers, building artificial islands armed with missiles and capable of launching fighter aircraft, and aggressively confronting US Naval operations in the international shipping lanes! They have an established a military doctrine designed at world domination and an alliance with Russia.

In the Middle East China has supported Russian operations to partner with Iran and other Arab nations committed to wiping out Israel and destabilizing the entire region. Controlling oil reserves in the area are also the desired goal. In North Africa China has been building infrastructure such as dams and air bases to form alliances with African nations who have been locked in a bloody stalemate of genocide between tribes for hundreds of years. It is this hostility they plan on capitalizing upon!

When President Obama violated a 1987 non-nuclear agreement established under President Ronald Reagan and allowed a new nuke deal while giving the Iranian government 150 billion dollars with interest of sanctioned funds for their support of terrorist activities all over the world, and this was done secretly without the purview of Congress, US interests and peace in the region were threatened! The architecture of an inevitable conflict was being fabricated. Just as the "Arab Spring" president Obama had orchestrated allowing the overthrow of Mubarak in Egypt and the US backed rebellion of Libya resulting in the murder of Moamar Qaddafi, this insane rationale succeeded only in converting Libya into a terrorist haven used by many different organizations. Luckily, Morsi, Hillary Clinton's friend and a Muslim Brotherhood operative was overthrown by the Egyptian military after only a few months of pathetic failure.

Chips on the table of conflict

Just as in 1941 with all cards on the timetable of conquest with the Axis Powers poised to attack and alter the balance of power in many regions of the world, today China, Russia, North Korea, and Iran work together to achieve the same evil goal. The only thing that has stood in the way has been the superior economic impact of US trade and free market influence. Still, China is seeking to out produce the US in military capability and when they feel they have achieved such a feat, war will likely follow!

Already, the call for a new world reserve currency has been in the making. The BRIC nations (Brazil, Russia, India, China) are working on producing their own currency backed with assets or resources that would legitimize their new monetary output. With Russia's economy no larger than but less than the state of Texas these nations are not in place to do so yet, but they are using some of their currency as a substitute for the US world reserve FRN (Federal Reserve Note).

It is interesting to note that in 2010 for the first time in US history under the Obama Administration's incessant spending the federal government spent more money than the entire private industrial output of the nation of America, the largest market in the world still dwarfing China. The federal government under Obama needed 15.4 trillion in order to meet the cost of operation while the entire US economy only produced 14.5 trillion in that year! In contrast, China's government operates at 300 times the output of its own private economy! So this means that their entire government controlled markets are worthless unless manipulated by horrendous deficit spending that is enabled by currency manipulation!

Throughout history we have seen nations under the duress of economic constraints use war as a tool of breaking out of their bondage and the confiscation of the resources of other nations the motivating factor! China is definitely on this path just as Russia, North Korea, Iran and China! All of their economies, as they see it, are being obstructed by America's fiscal influence! There will come a time when the temptation to militarily intervene will be inescapable! Whether it be a new regional conflict to have an excuse to increase the scale of the aggression, start a series of brushfire wars to bog down US military strength, and begin one major all encompassing global attack remains to be seen.

We constantly hear the cries of the globalists telling us that we are all co-dependent upon each other and that we need to think as global citizens and forget the sovereignty of individual nations and cultures, but this too is a form of propaganda designed to distract from the intelligence derived from analyzing the bigger picture. The world is changing, but not in the way they would have us think. The Democrats have been working for decades to transform America into a socialist society that would favor Russian influence and perhaps even a coup of the American way of life. China has used trade deficits for decades to build a military dedicated to furthering their totalitarian interests. I fear that an incendiary fate awaits mankind in the not too distant future. 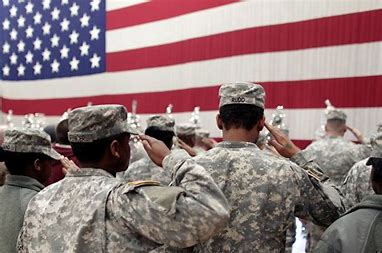 Taveras has some good analysis but I don't agree with all of it. In China it is true the government has been destroying villages that are thousands of years old and moving the people into high rise apartments against their will. I was there when that was happening just as at first they encouraged Christianity as they thought it promoted compliant citizens but when they found out that Christians would die for Jesus and not the government and that God was their highest authority the government began forcing churches to take down the cross! In Vietnam a number of small church pastors have been beaten and killed. The Asian mentality does not accept God's authority too well but like clueless leftists in the US they want everything to be atheistic-secular!

I’ll just leave this here. The end is important.

"Hey Chris , I have always told people that SANTA was an anagram for satan  and in person sure…"
8 hours ago

"Claim disputed by who, exactly?"
9 hours ago

"Yep too bad he was surrounded by advisors sympathetic to the Zionist cause."
9 hours ago