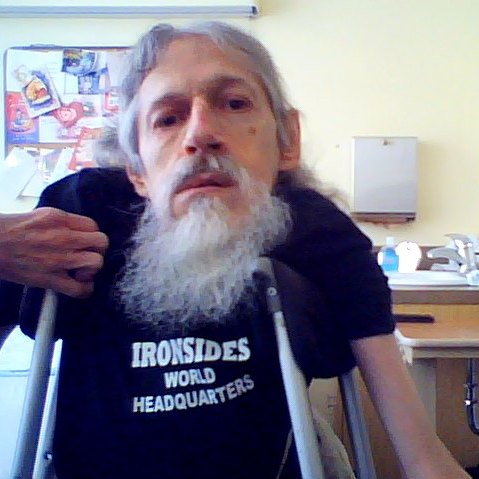 http://republicbroadcasting.org/?p=9711  It was posted on July 15, 2010.--And the de-classified Vietnam war transcripts were 1100 pages, when…Continue

http://www.kesq.com/news/24285818/detail.html  According to this article, Schwarzenegger is stationing National Guard forces at the border,…Continue

Here are links which will answer everything people wonder about, why passing euthanasia LAWS is the wrong thing to do.

Hi Ironsides, post some of these links in blogs so that everyone can read them. Yes, the google videos can't be posted in the video section so put the link in a blog with an explanation.

http://www.samliquidation.com/deception1.htm Has anyone here read this webpage in the past? This was written in the 1990s. A little down the page, the info' gets pretty deep and documented.

My four minute speech yesterday, to the Senate Committee on Euthanasia.

Ironsides said…
If anybody from Canada reads this, please read my blog, and help us get this guy off the execution list. This is the 7th day of dehydration execution. He had a stroke in May, but he's a pentecostal pastor.

He's from Sri-Lanka, and his doctors are muslims.--And they are exploiting their position in the health-care industry to murder him for being a convert from Islam, which they don't consider a crime.


Joshua (Kulendran Mayandi) the pastor of a small christian church in Brampton Ontario, is being currently tortured by dehydrration.

Everyone needs to strongly respond by sending letters and emails to:
Brampton Civic Hospital - email: communications@oslerhc.org or call the Communications Hotline at: 905-494-2120, ext. 22505.

This is worth paying attention to, minus the religion-bashing. I told local members what I had to say.--And they paid attention!

Alan Sobrosky and other 9/11 links:

Ironsides said…
For whatever reason, Google videos are incapable of being posted on snardfarker.ng.com.

So, if anyone reads this Wall message, all I can do is post the url to the video.--And I highly recommend watching this video.

Through the years I watched Oliver Stone's JFK three times. However, this video was produced after his flick, in '93.--And I think this information goes much further than Oliver Stone's movie.

In my opinion, this investigative reporting suggests to me that a few Federal governmnent departments were involved in the whole deal. Who really controlled the government was obviously the the Money-Masters he had insulted in a speech earlier.

It seems that this site can only accomodate YouTube, but this video is not there at all. So, please load that Google link, and the video is worth watching.

Ironsides said…
Hey, y'all! I just saw a Facebook video interview, and it's serious. The Military is moving into the Gulf right now, and one guy's theory earlier is that they might trigger a nuke device tonight on the BP leak. So, they are recommending everybody clear out tonight.

Red Ribbon
Ironsides, thank you for sharing this story about Nancy with us. You must really miss her, it sounds like she was a wonderful lady. Your friend, Nikki
From the Gift Store

Tara said…
God bless you, you are a truly beautiful man! I'm sorry to hear of your wifes early passing and her mistreatment by those that were supposed to have her best interest at heart. At the same time, I know that you were blessed by her when she was a part of your life and her memory shall forever linger on~ Peace be with you

Ironsides said…
Atenntion: All PATRIOTS of the U.S. CONSTITUTION

Ironsides said…
Around 7:00 pm EDT I saw a spray job being done in the skies of Montreal, and I headed for cover fast.

Ironsides said…
Hey, Tex! I've got a few links which nail down exactly who the top people were, who pulled off 9/11! Jeff P. posted this link on Facebook the other day:

This includes videos, one of which was removed by Google.

I've gone through alot of this, and statted clicking on the links, and came across these blogs:

I know one thing, when enough of the right people get to fully understand that the only real ally Israel ever had, is the U.S.--yet they pulled this off against their only ally, there will be no more "special relationship" with Israel.

There really needs to be an end to dual-citizenship! You're either loyal, and a Patriot of the U.S., or the country you came from. Anybody who wants to immigrate to the U.S. or Canada, need to renounce their former citizenship.

Ironsides said…
Tonight, I tried to add a Google video called "Aerosol Crimes" part 1, but I couldn't play it. I also tried to post it on Restore the Republic, but no-go!

Ironsides said…
Again, an hour ago, just after it stopped raining and a couple of rumbles of lightning and thunder, when the skies were clearing, I saw a plane up there spraying the sky with two jet-streams pouring out the end.

These days, any time I see a spray job going on up there, I just disappear. Any time I point it out to people what is going on, and that people need to make formal complaints about chemtrails, they just wonder off in disbelief!

Please indicate why you want to join 12160? (N.B - Your application will be automatically rejected if you answer with less than 12 words and / or provide a noncoherent answer)
I know the blogger adap2k@gmail.com

Do you agree with our rules ? http://12160.info/profiles/blogs/site-ning-terms-of-service (copy and paste link to read)
no

Would you be willing to donate a few hours or a few dollars to 12160 site projects each week?
I can't.

Republican-Party Problems in Restoring the Republic

From the time of starting to write this, on CNN tonight Reince Priebus opposed allowing the Birth-certificate issue being included in this current 2012 campaign. In my opiinion, this is totally wrong.--And I don't care that he is the head-honcho for the Republican Party. If the Republican Government had not CRUSHED any mention of OBOMBA's illegality in the 2008 election, anybody with a BRAIN knows that he never would have been voted in. Voted in or not, he was INSTALLED in the White-House.…

I think Michael Badnarik said 85 million guns were purchased last year, and I'd like the same thing to take place in Canada. Let's hope and pray that God will anoint those guns, and the bullets, and the citizens who own them to maintain them responsibly--not emotionally!

Pressure real-blood Americans to drive out all…

Lebanon-Israel Both Prepared to Blow

My note is at the top of the article, which I just posted on www.restoretherepublic.net !