The “fiscal cliff” is a myth.Instead, what we are facing is a descent into lawlessness.Wikipedia notes:In many situations, austerity programs are imposed on…Continue

Saturday, December 22, 2012 – by Anthony WileWe carry columns by Paul Craig Roberts – former Assistant Secretary of the US Treasury – and one published this past week entitled "Agenda Driven News" dealt with a topic we'd just discussed here at The…Continue

by Michael C. Ruppert[The following story appeared in the September, 2000 Special Edition of From The Wilderness for paid subscribers only. Read it now, free, for the first time ever on the web. © Copyright 2000, 2001. All rights reserved. Michael…Continue

By: Devvy - December 15, 2012As the nightmare known as Obamacare continues to slap everyone across the face with its blatant unconstitutional sections, even the Marxists (aka Democrats) are starting to balk:…Continue

When "Forwards" is backwards

Thomas Sowell knows his history. He could also have mentioned that "Vorwärts" (Forwards) was the song of the Hitler Youth.  See and hear the whole terrible deception below The political slogan “Forward” served Barack Obama well during this year’s…Continue

We’re Going to be in a New Recession

By Greg Hunter’s USAWatchdog.com Economist John Williams thinks the economy is in worse shape than most people think.  In 2013, Williams…Continue

Eugenics and the Nazis -- the California connection

by Edwin BlackHitler and his henchmen victimized an entire continent and exterminated millions in his quest for a so-called Master Race.But the concept of a white, blond-haired, blue-eyed master Nordic race didn't originate with Hitler. The idea was…Continue

"No problem can withstand the assault of sustained thinking." Voltaire

Dr. Edwin Vieira, Jr - An archive of his columns

"There is no nonsense so arrant that it cannot be made the creed of the vast majority by adequate governmental action." Bertrand Russell

"The wise are instructed by reason; ordinary minds by experience; the stupid, by necessity; and brutes by instinct." Cicero

"The ultimate consequence of protecting men from the results of their own folly is to fill the world with fools." Herbert Spencer

"You will never do anything in this world without courage. It is the greatest quality of the mind next to honor." Aristotle

"A man should be upright, not be kept upright." Marcus Aurelius

"Colonial rebellions throughout the modern world have been acts of shared political imagination. Unless unhappy people develop the capacity to trust other unhappy people, protest remains a local affair easily silenced by traditional authority. Usually, however, a moment arrives when large numbers of men and women realize for the first time that they enjoy the support of strangers, ordinary people much like themselves who happen to live in distant places and whom under normal circumstances they would never meet. It is an intoxicating discovery. A common language of resistance suddenly opens to those who are most vulnerable to painful retribution the possibility of creating a new community. As the conviction of solidarity grows, parochial issues and aspirations merge imperceptibly with a compelling national agenda which only a short time before may have been the dream of only a few. For many American colonists this moment occurred late in the spring of 1774." T.H. Breen

"The real destroyer of the liberties of the people is he who spreads among them bounties, donations and benefits." Plutarch

"Twentieth-century man believes in the state as firmly and implicitly as medieval man believed in the church - as an institution whose authority can't, finally, be questioned. I don't mean that people never complain about government; obviously they complain about it all the time. But they very rarely challenge it in principle by asking where it gets its right to exist in the first place. More often than not, even their complaints are really demands that it do more than it is already doing." Joseph Sobran

"When I carry a firearm, you cannot deal with me by force. You have to use reason and try to persuade me, because I have a way to negate your threat or employment of force. When I carry a firearm, I don’t do so because I am looking for a fight, but because I am looking to be left alone. It doesn’t limit the actions of those who would interact with me through reason, only the actions of those who would do so by force." Maj. L Caudill USMC (Ret)

"There are but two sorts of men in the world, freemen and slaves. The very definition of a freeman is one who is bound by no law to which he has not consented." Novanglus (John Adams)

"The State is not armed with superior wit or honesty, but with superior physical strength. I was not born to be forced. I will breathe air after my own fashion. Let us see who is the strongest." Henry David Thoreau

"The government consists of a gang of men exactly like you and me. They have, taking one wtih another, no special talent for the business of government; they have only a talent for getting elected and holding office. Their principal device to that end is to search out groups who pant and pine for something they can't get and to promise to give it to them. Nine times out of ten that promise is worth nothing. The tenth time is made good by looting A to satisfy B. In other words, government is a broker in pillage, and every election is sort of an advance auction sale of stolen goods." H.L.Mencken

"A State which dwarfs its men, in order that they may be more docile instruments in its hands -- even for beneficial purposes -- will find that with small men no great thing can really be accomplished." John Stuart Mill

"For your own good is a persuasive argument that will eventually make a man agree to his own destruction." Janet Frame

“You cannot legislate the poor into freedom by legislating the wealthy out of freedom. What one person receives without working for, another person must work for without receiving. The government cannot give to anybody anything that the government does not first take from somebody else. When half of the people get the idea that they do not have to work because the other half is going to take care of them, and when the other half gets the idea that it does no good to work because somebody else is going to get what they work for, that my dear friend, is about the end of any nation. You cannot multiply wealth by dividing it.” Dr. Adrian Rogers

"When you discover you are riding a dead horse, the best strategy is to dismount." Lakota Sioux saying

"Here in America we are descended in blood and in spirit from revolutionists and rebels - men and women who dare to dissent from accepted doctrine."
Dwight D. Eisenhower

"The ideal tyranny is that which is ignorantly self-administered by its victims. The most perfect slaves are, therefore, those which blissfully and unawaredly enslave themselves." Dresden James

"The whole problem with the world is that fools and fanatics are always so certain of themselves, but wiser people so full of doubts." Bertrand Russell

"Doubt is not a pleasant condition, but certainty is absurd." Voltaire

"One can achieve certainty only by amputating inquiry." Marvin Minsky

“Absolute certainty is the privilege of uneducated men and fanatics.”  C.J. Keyser

"Most people would sooner die than think; in fact, they do so." Bertrand Russell

"The name of peace is sweet, and the thing itself is beneficial, but there is a great difference between peace and servitude. Peace is freedom in tranquillity, servitude is the worst of all evils, to be resisted not only by war, but even by death." Cicero

"There is all the difference in the world between treating people equally and attempting to make them equal."  F.A. Hayek

"War is an ugly thing, but not the ugliest of things. The decayed and degraded state of moral and patriotic feeling which thinks that nothing is worth war is much worse. The person who has nothing for which he is willing to fight, nothing which is more important than his own personal safety, is a miserable creature, and has no chance of being free unless made or kept so by the exertions of better men than himself." John Stuart Mill

"Do not separate text from historical background. If you do, you will have perverted and subverted the Constitution, which can only end in a distorted, bastardized form of illegitimate government." James Madison

"Republics decline into democracies and democracies degenerate into despotisms." Aristotle

“The Truth is incontrovertible…Malice may attack it and Ignorance may deride it, but in the end there it is.” Winston Churchill

"If you are distressed by anything external, the pain is not due to the thing itself, but to your estimate of it; and this you have the power to revoke at any moment." Marcus Aurelius

“What worries you, masters you.” John Locke

"I am free, no matter what rules surround me. If I find them tolerable, I tolerate them; if I find them too obnoxious, I break them. I am free because I know that I alone am morally responsible for everything I do."
Robert A. Heinlein

"Man is free at the moment he wishes to be." Voltaire "May the New  Year bring Peace, Health, Love and Prosperity to You and Yours " 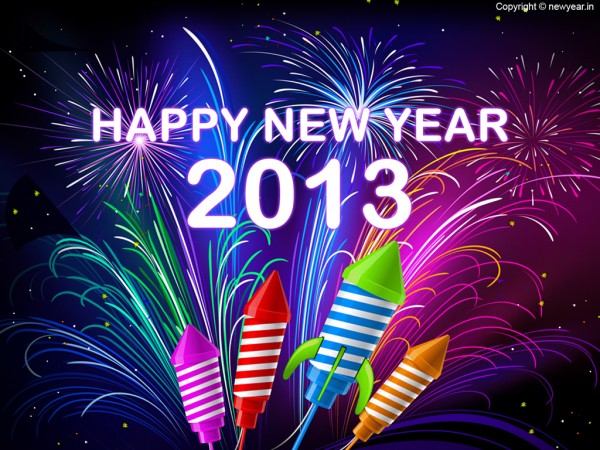 Red Ribbon
Glad to be friends
From the Gift Store

Merry christmas and all the best to you and your family! 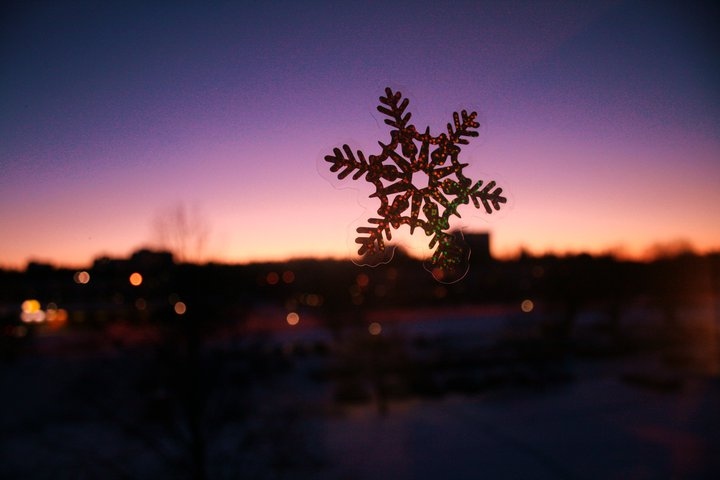 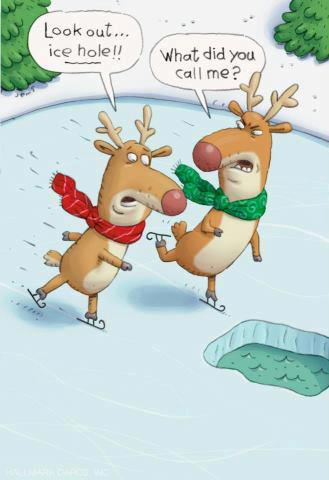 and since your a Beatles fan, here's on for ya ;)

Thanks for the welcome buddy, a fan of Voltaire eh? In possession of intellectual discernment ist thou methinks.

'Appreciation is a wonderful thing: it makes what is excellent in others belong to us as well'

Not bad for a Frenchie.

Here's a little morning pick me up kind of song, good for the spirit...carpe diem ;)

Welcome back friend, we missed our resident frogman ;)

Please indicate why you want to join 12160? (N.B - Your application will be automatically rejected if you answer with less than 12 words and / or provide a noncoherent answer)
1)To be in the company of others who have their eyes open
2)A friend sent me your link.

Would you be willing to donate a few hours or a few dollars to 12160 site projects each week?
yep

The climate change debate sure has gotten weird. It used to be that the proposed solutions were renewable energy or carbon taxes. Now, climate activists are ...
7 hours ago
0 Comments 0 Favorites

"This build back better crap is going to put us back 200 yrs. In civilised countries it could be…"
7 hours ago