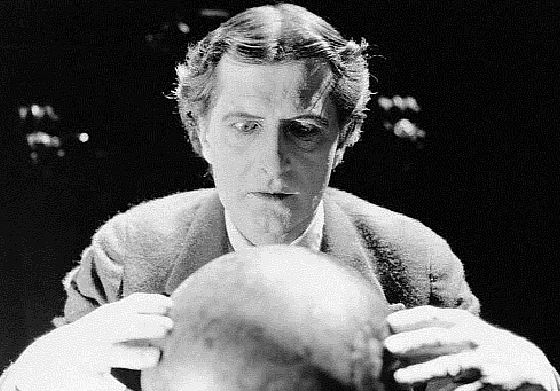 What are your predictions for 2013?

You need to be a member of 2013 Predictions to add comments!

Obama will be found dead in his bed. 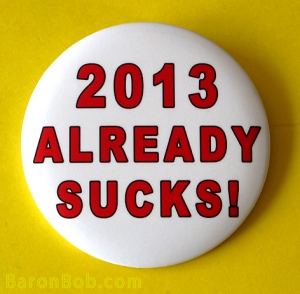 A major false flag attack that will change many thing!

I believe that the feds will keep on acting like the devil on steroids.  There will be more of the shooting events so the feds can demonize gun owners.

I think the lying and dying dinosaur media, will cause Nobama to suspend or just revoke the 2nd amendment.  This will lead to a civil war when some officials will try to physically repossess firearms.

The economy will continue to suck and more liars on cable corporate news will say that people who cannot find a job will repeatedly called Lazy or just wanting something for 'free'.

Israel will carry out a series of false flag events in the US to blame on Iran.  In this multiple hundreds of thousands will die or hurt severely.

When the US is conned into attacking Iran, then China and Russia will come to the defense of Iran.  During this time there will be more propaganda shoveled by the lying and dying corporate media.

The feds and some states will declare martial law and find that it will be nearly impossible to implement this drastic measure.  At this time, the so-called UN Peacekeeping forces will be inserted into certain parts of the US.

People will begin to start use and listen to shortwave radio to listen to different voices throughout the world.

Hmmmm .... Predictions predictions... We (the sheeple) will be complacent and confused about the goings-on in the government as usual... They've only been working on this slow NWO takeover since about 300 years after the Jesuit doctrines were compiled and censored into a bible to soothe the people into compliance. So yeah .. False flag stupidity.

I also predict tightening budgets and starving Medicare eligible people. As if we aren't already starving, the GMO foods will look like delicious poison food.

I expect some dramatic things will happen that the media will use to take tho general public's minds off the real issues as usual... Lots of sports and entertainment stuff to lull us into where we are expected to be as a populace.

I'll probably do okay with my garden though... Seeing as how it isn't really as easy as it used to be to buy bacon, ale, and steaks.

The people in this forum will likely do okay since you're all apparently awake.

Andddd it'll be business as usual with all the governments of the world as expected.

I hope you all take part in learning all that you can about survival and gardening.... I'm gonna quit Facebook on New Years because ... WHO REALLY CARES (٩͡[๏̯͡๏]۶ฬнσ  Ⓒαяεş٩͡[๏̯͡๏]۶) about what kind of latte my cousin got at Starbucks anyways?

Enough ranting, I feel that those with an IQ will kick butt this year and the only people whining will be the clueless ones.

Thanks for reading :P

I don't think it's any co-inkydink that the BATFE were 'accepting comments' in 2012 with regards to banning certain types of shotguns that fail their loosely defined 'sporting purpose' test - http://www.greeleygazette.com/press/?p=9223

The PTB will waste no time, they have a deadline at the end of January, to initiate the open destruction of The Bill Of Rights.

IF the PTB initiate open door-to-door gun confiscations, I am inclined to think that that gunowners will be VERY forthcoming in their opposition - to put it diplomatically.

note re my previous somewhat doom monger sounding prediction earlier: Maybe a bit O.T.T, but Ive been following Nibiru stuff for some time now, and there's some interesting sightings coming out. Personally I believe it exists and that most predictions to its arrival to have been premature.. Well as we all realize, only time will tell.

"check out the smile"
36 seconds ago

Former Prosecutor General Viktor Shokin spoke to OAN about Joe Biden's direct role in getting his office to stop investigating his son Hunter. One America's ...
1 minute ago
1 Comment 0 Favorites

"That’s the new uniform for the Secret Service LOL."
2 minutes ago

Mr. Sizzle commented on Doc Vega's blog post The Inevitable Singularity Coming to Your Reality!
"Doc, I don’t think Chris was being dismissive or anything he was just saying this advanced…"
20 minutes ago

Doc Vega commented on Doc Vega's blog post The Inevitable Singularity Coming to Your Reality!
"Chris of the Family Masters are you actually dismissing my findings thinking that I'm here…"
1 hour ago

Doc Vega commented on Doc Vega's blog post The True Meaning of Memorial Day Part II
"Mr. Sizzle just to let you know I did read War is a Racket by Smedley Butler a while back and it is…"
3 hours ago

Chris of the family Masters commented on Doc Vega's blog post The Inevitable Singularity Coming to Your Reality!
"Yes, we'll become controlled by robots soon. It's been foretold by the countless movies."
3 hours ago

Chris of the family Masters favorited Doc Vega's blog post The Inevitable Singularity Coming to Your Reality!
3 hours ago

person in the background looks like he could swim in a nuclear reactorMask.....lol
15 hours ago
1 Comment 1 Favorite