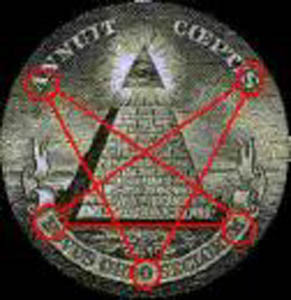 Why I Worry About You

Last night I was begrudgingly up until 1:45 a.m. Finally I resorted to a sleeping aid so that I could get some much needed rest. (Thank goodness it kicked in at 2:00 a.m.) In spite of being reasonably comfortable in my personal preparedness efforts to be independent and thrive regardless of the scenario, I do have a nagging thought that plagues me and… Continue

MUST LISTEN: Leading Climate Scientist: Cap and Trade Could Ruin US Economy from Northern News Network

BILLINGS- As debate over climate change legislation heats up on Capitol Hill, the Director of the University of Montana’s Climate Change Studies Program, and a co-author of a Nobel Prize winning report, says cap and trade legislation could ruin the US economy.

“We have to have all the… Continue

America’s sugar crop is under GMO assault and the FDA has begun a new era of human experimentation. America is in dire need of a new super hero – and he has arrived. It is Larry Leptin, defending your right to be healthy.

Monsanto’s Toxic and Mutated World – Is Sugar Safe to Eat?

No One Else Will Stop The Killing - Veterans' Group To Members: Multiply Resistance By Any Peaceful Means Possible

October 28, 2009 "Information Clearing House" -- In a statement directed to the U.S. House of Representatives, President Obama and its membership, Veterans For Peace urged its chapters to demonstrate opposition to the war in Afghanistan and Pakistan by doing two things:

1) Take the actions listed below within the next… Continue

Ben Bernanke and his Federal Reserve bankster cronies must be shaking in their overpriced shoes.

Despite an unprecedented PR blitz...

...Despite the national media’s laughable “official storyline” that the folks responsible for causing the economic crisis have saved us from financial calamity...

...And despite support for the Fed from the political establishment of BOTH… Continue

After the Billionaires Plundered Alabama Town, Troops Were Called in ... Illegally

"We have to tolerate the inequality as a way to achieve greater prosperity and opportunity for all," says one Goldman Sachs adviser. But tell that to the people of Samson, Ala.

Is this Orwellian or what???? “They said my privacy wasn’t intruded on because the surveillance was covert,” she said. Covert = no privacy violations???? So, restating it differently, if you don't see them watching you they are not violating privacy?? Isn't that called stalking? They are making a mockery of the laws around the world. Can anyone not say we are entering another dark age?

I wonder how much more the UK citizens will tolerate. The question is once they choose to fight,… Continue

cheeki kea replied to MAC's discussion Lets Get Them All! Gates Birx Fauci Soros all of them
16 minutes ago

Mr. Sizzle replied to MAC's discussion Lets Get Them All! Gates Birx Fauci Soros all of them
"For clarification purposes, allow me to mention the Jews own YT not some mysterious nazi…"
50 minutes ago

Chris of the family Masters replied to Less Prone's discussion MN Senator and Dr. Reveals HHS Document Coached Him on How to Overcount COVID-19 Cases
"Another proof this is a hoax. Notice the name changes 1. Global Warming - Climate Change 2, Corona…"
1 hour ago

MN Senator and Dr. Reveals HHS Document Coached Him on How to Overcount COVID-19 Cases

The whole thing stinks like the 911"Dr. Scott Jensen, a Minnesota physician and Republican state…See More
1 hour ago
1 Comment 1 Favorite

Central Scrutinizer commented on BS's group Embedding ...is not a crime!
"Trilogy of Terror  -1975 |Karen Black"
3 hours ago

Central Scrutinizer replied to MAC's discussion Lets Get Them All! Gates Birx Fauci Soros all of them
"...go figure YT Nazi bastiches... and P00F goes the Truth... relinquished to the vast ether of…"
4 hours ago

Mr. Sizzle replied to MAC's discussion Lets Get Them All! Gates Birx Fauci Soros all of them
"I’m down for som payback."
4 hours ago

MAC and Guardian of Scotland are now friends

MAC replied to MAC's discussion Lets Get Them All! Gates Birx Fauci Soros all of them
"She is great. Hang em All, but first beat the Sh*t out of em"
5 hours ago

MAC replied to MAC's discussion Lets Get Them All! Gates Birx Fauci Soros all of them
"Central Scrutinizer Love your response, I Agree!!!"
5 hours ago