Rick Ross might be liberal with his raps about "yayo," guns and Jesus pieces, but recent lyrics about date rape stand out from the rest.

Ross collaborated with Atlanta rapper Rocko for the single, titled "U.O.E.N.O.," off Rocko's mixtape "Gift of Gab 2." Although the mix dropped in February, the track featuring…

A $585,000.50 bill for one night at a hotel is either the result of an unimaginable amount of room service, or, if you're a member of Vice President Joe Biden's posse, it's just another night in Paris.
That's per…
Continue

Dangerous Crossroads: The Threat of a Pre-emptive Nuclear War directed against Iran For more than a decade, Iran has been doggedly accused without evidence of developing nuclear weapons. The Islamic Republic is relentlessly portrayed by the Western media as a threat to the security of Israel and of the Western…

With 2,100 people dead from cholera since the devastating January 2010 Haitian earthquake and another 650,000 expected to contract the disease within the next six months, the last thing Haiti needed was another rigged election.  But the nation’s role as wage floor for… 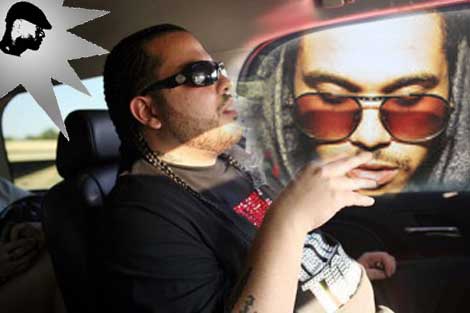 HSK Exclusive - The Weeknd is reported to have the Canadian Government to thank for a whopping $2-million dollars in grants! That’s right folks…not only do our neighbors upstairs get free health care, their recording artists also qualify for government funds to cover…

Breaking: Asaad possibly assassinated (Not Validated, no clear reports yet)

So here we are. Are you ready to find our who’s on this years Global Most Wanted list complied by yours truly? Okay, great! Let’s do this. First, I encourage you read my list in full then place your comments. Do you agree? disagree? Do you have…

NOT ALL ISRAEL, IS ISRAEL

As the U.S. Supreme Court psyches itself to redefine the age-old and divinely-ordained institution of marriage, public school authorities and students in South Hadley, Massachusetts, put…

Stepping to the edge of a giant…

Netanyahu apologizes for sense-less slaughter of Turkish activists on Flotilla

Obama had come to Jordan from Israel, where Israeli Prime Minister Benjamin Netanyahu placed a call to Turkey's Recep Tayyip Erdogan to apologize for the deaths of nine Turkish activists in a 2010 Israeli naval raid on a Gaza-bound international flotilla.…

“I think this is an alliance in reality. We don’t know what happens in secret, but from what we can see, they are allies,” Aoun told Press TV on Tuesday.

The Lebanese politician also stressed that the…

Dying veteran to Bush, Cheney: Day of Reckoning is coming

Tomas Young, an Army veteran took a bullet in Iraq that confined him to a wheelchair and inspired his vocal opposition to the war.

You may evade justice but in our eyes you are each guilty of egregious war crimes, of plunder and, finally, of murder, including the murder of thousands of young Americans-my fellow veterans-whose future you stole.


I write this…
Continue

CBS-6 news reported the existence of the tip line on Wednesday. It was previously a “well-kept secret” that received little promotion from state officials or fanfare in the media, according to the New York State Rifle and Pistol Association.

nformation leading to an arrest can earn callers up to…

Central Scrutinizer commented on Aaron's blog post The NFL gets woke and goes broke
"Gave up watching that farce when impacted Colon K. started kneeling.... So uhh...who won that game?"
1 hour ago

Central Scrutinizer commented on KLC's group MUSICWARS
"From my boys down the next block... RIP Dave ya dumbass GWAR - If you want blood, you got it PS:…"
1 hour ago

A June 29 traffic stop with David Anthony Ware resulted in an altercation in which two Tulsa Police officers were shot, one fatally.
2 hours ago
0 Comments 0 Favorites

Emily left a comment for Less Prone
"Thank you! I found this site randomly and only just came back and found my membership request…"
6 hours ago