The event is meant to introduce students to the “sex club scene.” Clothes become “optional” at 6 p.m., according to the ad, so “you can get naked with all your new friends.”

Did you see this coming?

It has been planned all along. In Aldous Huxley's "Brave New World" promiscuity had become a virtue and words like love and mother, dirty words. Separating love and sex leads to a society where no-one cares about anyone but themselves.

Your comment deserves a reply, but it’s not a simple one. The words “Smoke good, fuck better, count money, what’s better” arise from a kind of sub-reality called the “hood” [1]. The phrase and it’s “philosophy” is shielded with humour against any serious analysis. Anyone criticising it can be labelled as fussy, touchy, pernickety, cantankerous, squeamish, spiky, pettifogging and ridiculous. It is disguised as a question, but in fact it is a rhetorical one. It is a statement advocating use of drugs, irresponsible sex, and money worship. Statements like this appear consistent and savvy inside the perimeter of the related sub-reality, in this case the “hood”.

Music industry is controlled by money power that uses it for their objectives. A raw truth is that the music industry in fact is part of mind control industry. Public opinion is controlled by propaganda [2] and often by simple slogans. What’s a better mind control tool than a slogan auto repeating in person’s mind over and over again, a simple piece of a popular song lyrics?

[1] hood; neighbourhood, ghetto. I can imagine how the high cabal rulers of the world would love have the human flock crammed in ghetto like Agenda 21 habitat areas.

[2] Edward Bernays, Propaganda; “The conscious and intelligent manipulation of the

organized habits and opinions of the masses is an important element in democratic society. Those who manipulate this unseen mechanism of society constitute an invisible government which is the true ruling power of our country.” 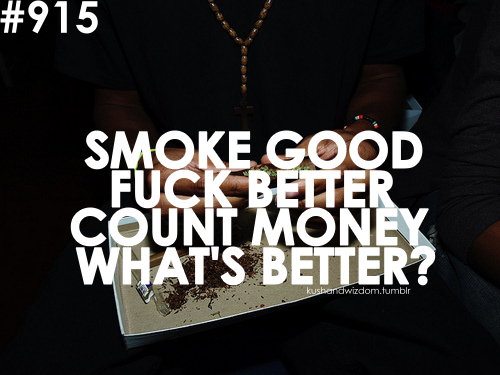 I'm talking about a trend that has been globally forming societies for a hundred years. In essence I'm talking about decadence. The moral values of our grand fathers were completely different from those of our children, thanks to the degrading society. Concept of marriage, wife, husband and children supporting each others is not the concept of today. Today's concept is hedonistic self gratification, and that has not arisen from the people but from our morally corrupt leaders who control us via the media and its propaganda.

Free choice? Natural sexuality, men being men and women being women, and their relationship resulting in families with children supported and protected by their parents, is being broken down by constant media bombardment supporting deviant sexual behavior supported by chemical manipulation with BPA,  phtalates and other chemicals in our environment, food and water.

Cameras and twitter are achievements of the morally corrupt leadership. They must be very proud of the fact that they have managed to almost completely destroy the very foundations of the society being destroyed; family, private ownership and belief in divine. They are only a goal and result. I personally don't have an fxxxbook or twitter account and will never have because I know what they represent.

I do understand the comparisons to "engaging" in Brave New World.   But at the same time, isn't that a free will choice?  And it's not very different from a nude beach.    I would be more worried about cameras and Twitter-blackmail than anything else.

cheeki kea commented on Phyllis Maka's blog post 9 States Now Allow Killing Babies Up to Birth After Illinois Legalized All Abortions
"You're right, evil creatures need clearing out from the earth, but they control Daughters of…"
11 hours ago

Less Prone commented on Phyllis Maka's blog post AND THAT'S JUST IN THE US
"Consider giving a source when posting things like this. Here is one... Global Missing Children…"
12 hours ago

"And a better life it would be"
12 hours ago