possession of your children and your property

Parents Refuse to Vaccinate, Newborn Seized in Hospital by Police…

TSA coming to your neighborhood soon 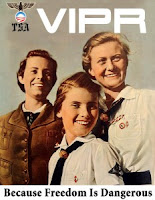 ....And the cloud (collective memory) grows! 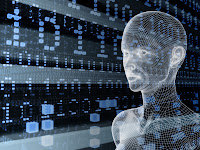 Waffer board or water board?

A judge has rejected the demands of anti-war activists for a march to be held in Chicago during a NATO summit planned for November. The activists say the city’s arguments against the march defy logic.

Did the US just break the secret Israeli-Azerbaijani alliance against Iran?

Did the US just break the secret Israeli-Azerbaijani alliance against Iran?

According to an alleged leak, Israel is secretly staging an airstrike on Iran in neighboring Azerbaijan.

Israeli Prime Minister Benjamin Netanyahu has been salivating over the thought of bombing Iranian nuclear facilities for some time now, and an…

Disarming America: Homeland Security Buys Up Ammo Supplies & Is Arming Itself To The Teeth

Homeland Security is arming itself to the…

In reviewing 9/11 discussions I watch as each weird, improbable tree is pointed to and the 9/11 apologists start hacking it down, nearly always, in the end, saying something on the order of, “Yeah, it was unlikely, but not impossible, so, yeah, it just happened that way.”

Coming Fall 2012: "Why in the World are They Spraying?

See Mar 28/29 news. We may be very close to a massive war on Jerusalem! Jesus loves you.
See www.abbaswatchman.com

Zechariah 14:2 For I will gather all nations…

WASHINGTON - The Obama administration is temporarily suspending immigration court dockets in four cities while authorities review thousands of cases as part of a plan to indefinitely delay deportation proceedings for many non-criminal illegal immigrants.

The dockets in Detroit, New Orleans, Orlando, and Seattle will be suspended during the review cases involving illegal immigrants not held in Immigration and Customs Enforcement custody, the Department of…

Press For Truth Presents: The New World Order Of The 21st Century

The agenda for a one world government is advancing at an exponential rate as it continues to unfold under the radar. Sovereign nation’s like the US now seek “”international permission,” instead of “congressional approval” to provide a legal basis for combat. When the military takes it’s orders from international governing authorities instead of congress or the…

Behind the Scenes Attempt to Kill Arizona’s Obama Eligibilty Bill

PHOENIX – Arizona’s state legislature is currently pushing through a “Candidate Certification Bill” which will directly address the issue of President Obama’s eligibility to hold elected federal office, and ultimately determine  his place on the state election ballot come November.

But there exists an effort underway behinds the scenes, which threatens to stall – and eventually kill the…

jittery is now a member of 12160 Social Network
just now
Welcome Them!

Chris of the family Masters posted blog posts
13 minutes ago

""Honey, somebody dropped off an engine cowling on the front porch, did you order it?""
58 minutes ago