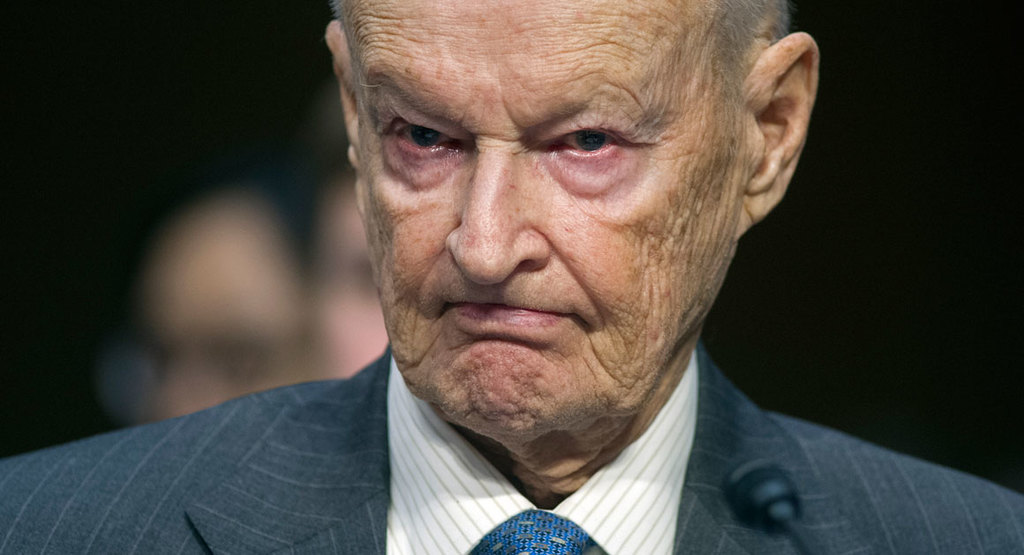 The United States should threaten to retaliate if Russia does not stop attacking U.S. assets in Syria, former national security adviser Zbigniew Brzezinski wrote in a Financial Times op-ed published Sunday, urging "strategic boldness," with American credibility in the Middle East and the region itself at stake.

And if Russia continues to pursue non-ISIL targets, the U.S. should retaliate, he added.

And this evil fucker is still alive while countless people in my life are dying of cancer and other illnesses or have already passed on and they are/were good people. He'll get what's coming to him though. He will reap what he has sewn because karma doesn't forget nor forgive!

The evil doers live longer so they suffer more.

No doubt; cancer is a horrible way to die, but its the ones left behind in this world, that's sick so much more than with cancer...that are left to suffer - Or; to fight on!

"...cancer and other illnesses..." can be healed with absence of ignorance, and less 'western medicine', based on my personal experience and investigation. Psychopathy is not a disease that is heal-able - once again this is limited to my own personal study. And really, how do you know "He will reap what he has sewn..."? The reality is he has provoked/provokes murder, suffering and horror now. How can "karma" effect anything reasonable and beneficial to the living, now?

Permalink Reply by Burbia on October 12, 2015 at 8:58am
"So while it is understandable that a Polish princeling like Zbigniew Brzezinski might harbor some deep historical resentments against Russia and the Soviet Union, I often wonder why any of the rest of us should be forced to pay the bills for the geopolitical screw-ups caused by his raging hatred.  Now, thanks to this madman, we teeter in the verge of a new Cold War between nuclear powers.  And for what?  The overwhelming majority of people in USA and Russia would live in peace and harmony absent the ravings of foreign policy lunatics."

"To former CIA Director Stansfield Turner, responsibility could only be located in the personality of one specific individual. "Brzezinski's name comes up here every five minutes; but nobody has as yet mentioned that he is a Pole." Turner said. "[T]he fact that Brzezinski is a Pole, it seems to me was terribly important."

What Stansfield Turner was saying in 1995 was that Brzezinski's well-known hatred of Russia led him to take advantage of the Soviet's miscalculation. But it wasn't until the 1998 Nouvel Observateur interview that Brzezinski boasted that he had provoked the invasion by getting Carter to authorize a Presidential finding to intentionally suck the Soviets in six months before they even considered invading."
Quotes from:Neocons and the insane maneuvers of Zbigniew Brzezinski

As far as karma, I'm sure he participates in the cremation of care ritual sacrifice voiding his accountability for his actions. 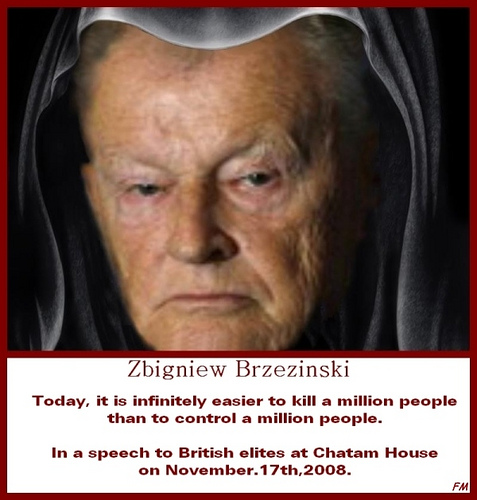 For once I agree with this Ruskie

Zbigniew Brzezinski, what a old fool he is, I am surprised that this man is allowed to walk. I am we'll to bet that most do not have a clue to what is taking place in Syria. Russia and China, has made Military moves to protect the oil from being control by the Central Banking System.

This crap on National TV from England to America, you all do understand that the elite own the Media, the United Nations Media ownership is we'll noted, but of course they do not share the whole story. Russia killed some Federal Reserve bankers, and ordered the British out of Russia. Russia will not allow the oil fields to be controlled, thus bring control over the economy of them. China does some business with the Federal Reserve. But both Russia and China has made it clear under no certain terms will it be allowed for this EU British / American intrusion for control of the oil field.

They will not become slaves to the system as some English Man and American's have. And war is at hand.

My time is allways limited to visit America,

lets set the record straight, and it will only get worse. A book  called The Grand Chessboard: American Primacy and Its Geostrategic Imperatives is one of the major works of Zbigniew Brzezinski. Brzezinski graduated with a PhD from Harvard University in 1953 and became Professor of American Foreign Policy at Johns Hopkins University before becoming the United States National Security Advisor during 1977－1981 under the administration of President Jimmy Carter.

Ben Laden soon found himself involved in Central Banking measures to control the oil and the multi billion dollar heroin production in Afghan.  The greed of Bankers, started losing money, because Iraq rejected the Federal Reserve Notes to buy OIL and heroin. 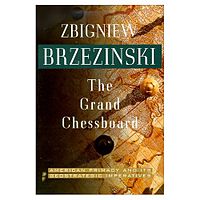 Gives a detail plan of how to turn the different tribes of Afgahn against each other, because now these bankers are losing money in their pharmaceutical goals.

To control Iran and Afghan by Proxy. So Ben Laden ordered the first attack against the Twin Towers, but stated he did not order the second 9/11 attack, but he did approve what took place.

Zbigniew Brzezinski knew that Islam for many years did not consider America a enemy, but the rise of Fundamentalist Islamic Terrorist was a blessing to the goals for the plans written within this book The Grand Chessboard.

Regarding the landmass of Eurasia as the center of global power, Brzezinski sets out to formulate a Eurasian geostrategy for the United States. In particular, he writes, it is imperative that no Eurasian challenger should emerge capable of dominating Eurasia and thus also of challenging America's global pre-eminence.

Much of his analysis is concerned with geostrategy in Central Asia, focusing on the exercise of power on the Eurasian landmass in a post-Soviet environment. In his chapter dedicated to what he refers to as the "Global Balkans", Brzezinski makes use of Halford J. Mackinder's Heartland Theory.
American imperialism is the economic, military and cultural influence of the United States on other countries. Such influence often goes hand in hand with expansion into foreign territories. Expansion on a grand scale is the primary objective of an empire, a notable example being the British Empire. The concept of an American Empire was first popularized during the presidency of James K. Polk who led the United States into the Mexican–American War of 1846, and the eventual annexation of California and other western territories via the Treaty of Guadalupe Hidalgo and the Gadsden purchase.

Now Russia s we'll as China, sees into a corrupt concept of control by proxy.

I hate the "WAR" thing but I am starting to really like Russia kicking the US CORP in the teeth. I have not 'cheered' for a team in years. This whole thing makes me sick.

Is 214 Russian civilians enough, though?

"Better yet, bring back for fucking Zionists!"
57 minutes ago

"Thanks cheeki. We need more like the Wallace today to stand and fight. And no he was not the height…"
2 hours ago

If there are any "woke things" on this site these creatures need a hookup.Steve…See More
3 hours ago
1 Comment 1 Favorite

steve commented on Doc Vega's blog post My First High School Band Song and How the Original Artists Sunk Themselves.
"Here it is ,shown is the same clear gold vinyl 45 I still have nearly 45 years…"
3 hours ago

steve commented on Doc Vega's blog post My First High School Band Song and How the Original Artists Sunk Themselves.
"Hey Doc, One of the first 45s (way back then)I bought was "We're an American band on the…"
3 hours ago

Everything has been planned! ►This video was made in collaboration with our partners from London Real Subscribe to their channel here: https://www.youtube.co...
7 hours ago
0 Comments 0 Favorites

Chris of the family Masters commented on James Roberts's blog post Trump Is Closing the Fed, Issuing Constitutional Money
"I know someone who believes in Trump closing Fed....."
7 hours ago