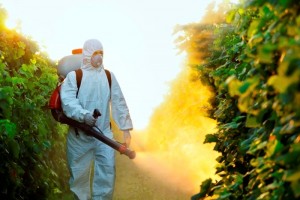 To all who received him, to those who believe in his name, he gave the right to become children of God — children born not of natural descent, nor of human decision or a husband's will, but born of God. — John 1:12-13

Praise the Lord, my soul. Lord my God, you are very great; you are clothed with splendor and majesty. The Lord wraps himself in light as with a garment; he stretches out the heavens like a tent and lays the beams of his upper chambers on their waters. He makes the clouds his chariot and rides on the wings of the wind. He makes winds his messengers, flames of fire his servants.

How War made the Bush Family rich.

Scientists such as Dr Julian Bayliss who as recent as 2013 discovered a rain-forest in Northern Mozambique, which is a pretty big place to go undiscovered - especially in this day and age, yet there's so much more; he found more than a dozen new plants and animal species.

But here's the real mind-boggler…

Some wandered in desert wastelands, finding no way to a city where they could settle. They were hungry and thirsty, and their lives ebbed away. Then they cried out to the Lord in their trouble, and he delivered them from their distress.

Israels Nukes and Non NNPT Status Is Verbotten In DC!! Nuts to That!

THESE ARE 3 CLIPS FROM THE BELOW REFERENCED CSPAN...PSYOP...THEY ARE VERY TRICKY..JUST CANT HEAR! AND THIS IS AMERICA....NUTS TO THESE PUNDITS MOCKINGBIRDERS...…

The Revolution Begins With 9/11 Truth

A NEW video by Christopher Bollyn: The Revolution Begins With 9-11 Truth This video explains why understanding the truth of 9/11 is the first step before purging the government and institutions of those people who are responsible for this atrocity.…