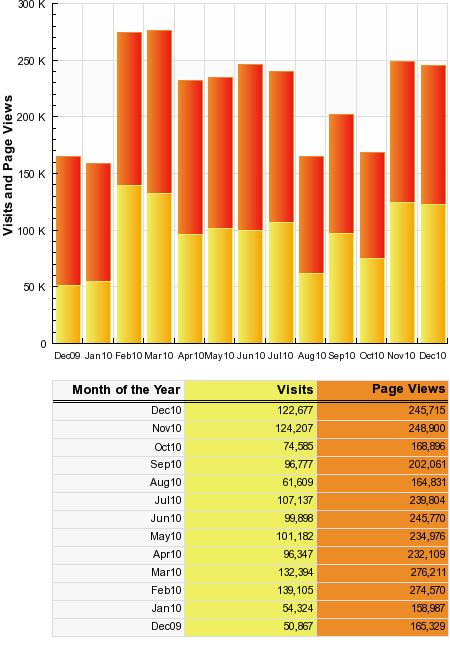 Quotes that need to be said out loud Again

"Our own Country's Honor, all call upon us for a vigorous and manly exertion, and if we now shamefully fail, we shall become infamous to the whole
world. Let us therefore rely upon the goodness of the Cause, and the aid
of the supreme Being, in whose hands Victory is, to animate and
encourage us
to great and noble Actions -- The Eyes of all our Countrymen are now
upon us, and we shall have their blessings, and praises, if happily we
are the
instruments of…

I want to ask each
of you to consider doing the following when you are talking on the phone to any
US customer service representative that is based in a foreign country (like
India ).  I have done this twice and it works!  Any time you call an
800 number…

12160 is doing a great job with this site.  Forgive me for not being more active, but thanks for keeping me updated on the mailing list.  I come across a lot of great information and I will try to post more often.  Here is a great link I think you all would enjoy.  Please comment.  Much love! The media typically comprise large conglomerates - News International, CBS (now merged with Westinghouse), Turner Broadcasting (now merged with Time-Warner) - which may belong to even larger parent corporations such as General Electric (owners of NBC). All are tied into the stock market.

Wealthy people sit on the boards of these major corporations, many with extensive personal and business contacts… Continue

The Fort Laramie Treaty once guaranteed the Sioux Nation the right to a large area of their original land, which spanned several states and included their sacred Black Hills, where they were to have "the absolute and undisturbed use and occupation" of the land.

However, when gold was discovered in the Black Hills, President Ulysses S. Grant told the army to look the other way in order to allow gold miners to enter the territory. After repeated violations of… Continue

Economic Ramblings during the Holiday Season (Original Content within)

Now things are really getting interesting in the world and I'm sure the currency markets. "China invites South Africa to join BRIC: Xinhua" James Roberts favorited Doc Vega's blog post The Deadly Coronavirus and the True Cause!
39 minutes ago

James Roberts commented on Doc Vega's blog post The Danger of Ignoring Red Flags Part II
"Thank you, Doc. I've had plenty of the day-to-day experiences of which you speak. Cheating on…"
47 minutes ago

Chris of the family Masters commented on stormtruther's blog post How Sunscreen Could Be Causing Skin Cancer, Not The Sun (Kids here are getting rickets FFS)
"Slip, slop....flop."
1 hour ago

Chris of the family Masters favorited stormtruther's blog post How Sunscreen Could Be Causing Skin Cancer, Not The Sun (Kids here are getting rickets FFS)
1 hour ago

"Doc, I know the issue of Trump is contentious, but I can't agree with you. Nothing on…"
1 hour ago

stormtruther commented on stormtruther's blog post How Sunscreen Could Be Causing Skin Cancer, Not The Sun (Kids here are getting rickets FFS)
"Both my parents lived to 90 and they both folded on their own terms, I intend to do what they did…"
3 hours ago

"This is ridiculous"
3 hours ago

This is what happened in Melbourne CBD on Australia Day 2020. IMPORTANT INFORMATION To support my work Rational Rise TV (find my channel and donate): https:/...
3 hours ago
1 Comment 0 Favorites

"Question is not if Trump can save us, but he has accomplished more than any US President since…"
4 hours ago

Doc Vega commented on Doc Vega's blog post The Danger of Ignoring Red Flags Part II
"James, I have nothing against women pursuing a career for the right reasons but if she wants to be…"
5 hours ago

James Roberts commented on Doc Vega's blog post The Danger of Ignoring Red Flags Part II
"Thank you, and I understand. I would also state that people that cheat are very suspicious of their…"
5 hours ago

Doc Vega commented on Doc Vega's blog post The Danger of Ignoring Red Flags Part II
"James, I agree there have been technological changes that have probably exacerbated the social…"
6 hours ago

Doc Vega commented on Doc Vega's blog post The Danger of Ignoring Red Flags Part II
"James Roberts nice synopsis. I was trying to get to the more day to day experiences we guys endure…"
6 hours ago

James Roberts commented on Doc Vega's blog post The Danger of Ignoring Red Flags Part II
"To wear out my welcome on this thread, I also have to say that technology, such as transportation,…"
6 hours ago

James Roberts commented on Doc Vega's blog post The Danger of Ignoring Red Flags Part II
"Thanks for the pic of the tattooed blonde, Doc, unexpected pleasures like that make the day.…"
6 hours ago