Attack of The Drones

FAA has been forced to reveal 63 launch sites across the U.S. 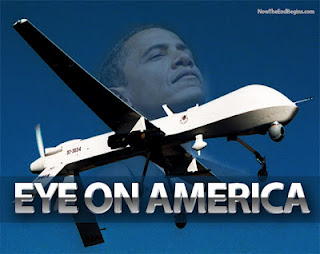 Ron Paul and Dennis Kucinich team up to oppose drones

The use of combat drones overseas divides Congress, but not in the usual partisan way.

Supporters of the “war on terror” in both parties tend to support the use of unmanned aircraft that often try to assassinate terrorism suspects. But libertarian Republicans have teamed up with civil liberties-backing Democrats to oppose the drones.

Now, the partisan trenches have been crossed by Rep. Dennis Kucinich, D – Ohio, and Rep. Ron Paul, R – Texas, in order to force the administration to release its legal justification.

The two mavericks who are leaving Congress at year’s end have introduced a resolution of inquiry — legislation that is used to compel specific documents from the administration, and must be considered by the committee of jurisdiction, or on the House floor, within 14 legislative days.

Since the legislation was introduced on November 28, it could come before the House this year, which means that the administration will be forced to turn over the legal justification it uses for the strikes, including any memos from the Office of Legal Counsel.

“Thus far, the administration has refused to release the memo or any documents, despite multiple requests from members of Congress on both sides of the aisle. Intelligence operations that have virtually no transparency, accountability or oversight raise serious legal questions, particularly when such programs may constitute possible violations of international law or the Constitution of the United States,” Kucinich said in a press statement.

Both Kucinich and Paul oppose the use of drones “because they increase radicalization among the population of the countries we use them in, violate the U.S. Constitution, kill innocent people and stain our nation’s moral consciousness.” 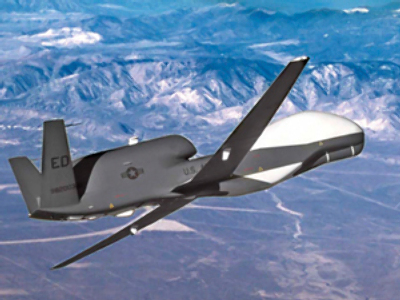 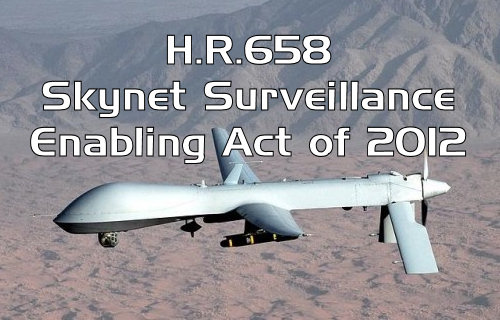 Autonomous attack drones will be with us by 2047

Autonomous attack drones will be with us by 2047, according to the US military, who’s newly released “Unmanned Aircraft Systems Flight Plan 2009-2047″ report states that the US Air Force will have a drone that could fly over a target and then make the decision whether or not to launch an attack, all without human intervention.

On this, the US Air Force said:

“Advances in AI will enable systems to make combat decisions and act within legal and policy constraints without necessarily requiring human input.”

Scary is the word today, because that line ‘without human intervention’ means no rationale or ethical boundaries to be followed by the drone.

Whats more, if anybody has seen Stealth or the Terminator, this all sounds way too close for comfort, being that technology could one day take us over, with robots enslaving us like cattle (Moooh?).

The Gremlins Program - DARPA Is Building A Flying Aircraft Carrier

Israeli drones are about to take over the world's skies

Is Twitter Censoring a Blockbuster Report on US Drone Assassinations?

US scientists working on mind-controlled drones for military use

Drone Survival Guide helps you tell a Heron from a Hawk

PERSONAL DRONES NO LONGER NEED TO BE REGISTERED WITH FAA, US FEDERA...

Wholly Crap! I had know idea there was so much information regarding the 'DRONE PROJECT'. It would appear the UN was unable (imagine that) to stop the use of drones unless the purpose was to stop the 'private person' from using the drone and only allow governments to use such anti-human machine. Besides, since 2013 the money to be made on drones has grown astronomically..., the drone killing have and will continue.

Comment by truth on October 21, 2015 at 1:46am
The Drone Papers | 15 Oct 2015 | The Intercept has obtained a cache of secret documents detailing the inner workings of the U.S. military's assassination program in Afghanistan, Yemen, and Somalia. The documents, provided by a whistleblower, offer an unprecedented glimpse into Obama's drone wars. https://theintercept.com/drone-papers/the-assassination-complex/

Comment by Central Scrutinizer on August 28, 2014 at 12:10am
Drone delays medical helicopter landing at hospital

Comment by truth on April 21, 2014 at 5:05pm
DARPA producing sea-floor pods that can release attack drones on command 19 Apr 2014 The Pentagon's research arm, DARPA, is developing robot pods that can sit at the bottom of the ocean for long stretches of time, waiting to release airborne and water-based drones to the surface upon an attack command. The Defense Advanced Research Projects Agency (DARPA) recently called for bids to complete the final two phases of its Upward Falling Payloads (CTRL + Click to follow link" href="http://www.darpa.mil/Our_Work/STO/Programs/Upward_Falling_Payloads_%28UFP%29.aspx" target="_blank"">UFP) program. The UFPs would come equipped with electronic and low-power laser attack capabilities, surveillance sensors, and airborne and aquatic drones that would have the ability to act as decoys or offer intelligence and targeting data, Ars Technica CTRL + Click to follow link" href="http://arstechnica.com/information-technology/2014/04/release-the-robo-kraken-darpa-seeks-bottom-dwelling-ocean-attack-bots/" target="_blank"">reported.

"My father was a Navy vet. His LST landed tanks and equipment at Inchon twice. I remember him saying…"
4 hours ago

"Read this book a couple of times, this guy is supposed to be the expert. I’m going with,…"
5 hours ago

FREEDOMROX updated their profile
5 hours ago

Tim Brown commented on Jason a.k.a DeathDealer1971's group Guns and Tactics
"Holy, this FBI video is unsettling, Central"
16 hours ago

This is a group to share your knowledge on Guns and Tactics.See More
16 hours ago
275 Comments 29 Favorites