CNN Analyst: To Stay 'Viable,' NFL Must 'Encourage' Gays - "Bold" Move, Let's See How This Works Out For Them

On Saturday afternoon, CNN followed up on its Friday morning hosts gushing over the NFL's Ryan Russell coming out as bisexual by continuing to do its part to promote gay rights as CNN sports analyst Christine Brennan predicted the NFL must "encourage" more gays to come out so that it can be "viable" in the future.

At 4:48 p.m. Eastern, CNN Newsrom weekend anchor Ana Cabrera proclaimed that Russell had made a "bold" move by announcing his sexuality as she set up a clip of his interview with CNN's New Day show from Friday. Cabrera then brought aboard Brennan -- who is also a sports columnist for USA Today -- who declared that it is a "big deal" because the NFL is "a reflection of our culture" as she also alluded to Colin Kaepernick using NFL games to protest, and called Russell's move "an important first step."

Cabrera then recalled another NFL player who was not signed again after he came out as gay as she followed up: "How do you think the NFL will handle this? Because we know Michael Sam tried to blaze the same trail five years ago -- never played in another NFL regular season after he came out. Has the climate changed since then?"

They never considered that Sam just wasn't good enough for the NFL.

Brennan responded by talking up the alleged strength of pro-gay sentiments among sports fans:

It sure should have changed, Ana, and if the National Football League wants to be viable and wants to retain its spot as the number one pro-league in our country well into this century, it has to accept this and it has to encourage this because those fans who are maybe in their sixties, seventies, eighties who maybe are a little bit more reluctant on this topic, well, they're not going to be around in 20 or 30 years.

Your future fan base -- your future season ticket holders are those 20-year-olds right now or the high school kids right now -- people in their thirties who are much more accepting and understanding of people coming out -- of people discussing these topics than their parents or their grandparents.

And the future of the NFL frankly depends upon the NFL getting this right and being welcoming, understanding, and mandating in those locker rooms that if someone does come out like in this case that they need to be treated properly and right. They need to be welcomed, and we'll see if he gets signed by another team. He's not playing right now, but that would be a great statement if, in fact, he does.

Cabrera agreed: "Right, and certainly a courageous move on his part."

Permalink Reply by Chris of the family Masters on September 8, 2019 at 9:19pm

Word 'gay' was hijacked like a rainbow by the perverts.

Permalink Reply by Central Scrutinizer on September 10, 2019 at 2:09pm

and this coming from a talking bobblehead from really viable, truly reliable, but never liable CNN?

How the hell is CNN still breathing???... the money's gone, the ad revenue is kaput, viewership's lower than snail feces, 88% here know it's a sham and fake

SO WHY IS CNN STILL SOLVENT??

They want to have a flag they can stand for without feeling oppressed. 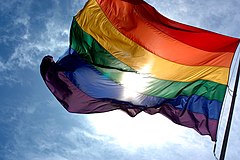 But if the NFL players all get the AIDS, they'll be non-viable. Wait a minute. NFL went from take a knee to get down on both knees? 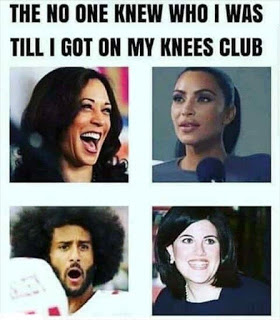 I guess the days of old and tight ends are over. Enter the wide receiver.

Burbia commented on Phyllis Maka's blog post No matter how Coronavirus plays out, this is the most relevant statement ever issued and...... Jim Stone
"If this true, then what happened on 911 in 2001 was a dress rehearsal. All trade and commerce was…"
4 hours ago

Doc Vega commented on Doc Vega's blog post What Happens to the Single Man Once Society Has Stripped him of his Worth?
"James, I agree but you get to the point of exhaustion sometimes when you cant even trust a wife…"
7 hours ago

A British Islamist known as "Abu Haleema" said in a video that was uploaded to the Internet on December 10, 2019 that the Prophet Muhammad had praised one of...
7 hours ago
0 Comments 0 Favorites

"Oh yeah, I would love to go through those file cabinets. Alex Jones said his dad told him that the…"
9 hours ago