Laughter is the best medicine

Welcome to the Chuckle Hut

The main rule rule is POLITICAL CORRECTNESS  WILL NOT BE TOLERATED.

This is all in fun and to alleviate the stress of the crazy ass world around us. If you have thick skin or a weak sense of humor, do not stay around here... 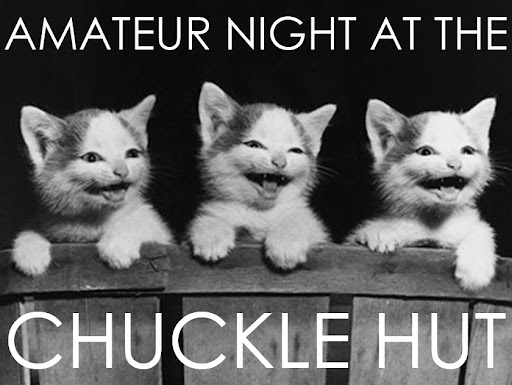 While America Was Distracted By The Impeachment

By Boomer Burbia13-11-2019 12160 Chuckle Hut ChroniclesAfter a couple months of campaigning against Climate Change in North America, Greta Thunberg returns to Europe a champion. She is aboard on yet another sail boat, this time a catamaran named the…Continue

Add your favorite stand up performers....Continue

All racial or ethnic jokes here...and only here

I have no problems with light-hearted racial or ethnic humor. I laugh at all people regardless of race and if you can't laugh at yourself then you have no right to laugh at others.Continue

flex those funny muscles and see what titles you can come up with.....Girls Gone Windsor and Trilateral Positions submitted by Krypke...Continue

If you want to try your hand at stand up, post your vids here and let us all see your talentContinue

You need to be a member of The Chuckle Hut to add comments!

Nobody expected this | Moments You Wouldn’t Believe

Four Men on a Train
Posted on October 12, 2017 by Hal Apeeno
http://fromthetrenchesworldreport.com/four-men-train/209619

Four men were riding on a train together in the same compartment – a Russian, a Cuban, an American and a Khazar.

The Russian took a bottle of vodka out of his carry-on-luggage, poured some of it into a glass, drank it, and said, “In USSR, we have the best vodka in the world – nowhere in the world you can find vodka as good as the vodka we make in Russia. And we have so much of it that we can just throw it away…” Saying that, he opened a window in the train compartment and threw the entire bottle of vodka out of the window.

The three men were quite impressed that the Russian had thrown out the bottle of Russian vodka.

Then, the Cuban took out a beautiful box of Havana Cigars and removed the wrapper from one of them and lit it, and as he began to smoke he said, “In Cuba, we have the best cigars. Havana Cigars are famous all over the world and nowhere are there so many good cigars. And, we have so many of them that we can just throw them away…” Saying that, he threw out the entire box of Havana Cigars out of the window.

The three men gasped as they watched the Cuban throw out the box of cigars.

Just then, the American stood up, opened the window again, and threw the Khazar out of the window.

Best I could do to remember it, lmao

One day a black nun was standing on the side of the road waiting for a cab.

A cab stopped and picked her up.

During the ride she noticed that the driver was staring at her.

When she asked him why, he said, “I want to ask you something, but I don’t want to offend you.”

She said, “You can’t offend me. I have been a nun long enough that I have heard just about everything.”

The cab driver then said, “Well, I’ve always had a fantasy to have a nun give me a blow job.”

She said, “Well, perhaps we can work something out under three conditions. You have to be single, you have to be Catholic and you have to have some crack for me to smoke”

Immediately the cab driver said, “Oh, yes! I’m single and I’m Catholic! And I have a crackpipe loaded up and ready to go!””

The nun said, “Okay, pull into that alley.”

The cab driver pulled into the alley and the nun went to work.

The nun said, “My child, what’s the matter?”

He said tearfully, “Sister, I have sinned. I lied, I lied…I’m married and I’m Jewish!”

The nun replied, “That’s okay. My name’s Barack Obama, I’m high on crack and I’m on my way to a costume party!”

Steve Hughes "While it's still legal"

(The Leprechaun hunt in the hood one's a riot...damn crackhead)

"I recon our prime pirate gave her run for her money...."
1 hour ago

"Never be a defeatist, and I know you are not Chris.  My point is they are going to fail…"
4 hours ago

"I don't think that is possible JR. The left is too far gone to even begin to consider any…"
6 hours ago

"A quote from new wave doctor : " If germ theory was real, we wouldn't be alive to believe…"
6 hours ago

cheeki kea commented on Chris of the family Masters's blog post What Mandatory Vaccination and the 5G Rollout Have in Common
"Ha ha, at the moment all is not lost Yet. Vaccines have not arrived, and while BLM eliminate…"
7 hours ago

"Virus has no nuclei, doesn't respire, doesn't excrete, so by definition is dead."
10 hours ago