The FBI is investigating at least 11 physical attacks on high-capacity Internet cables in California's San Francisco Bay Area dating back a year, including one early Tuesday morning.

Agents confirm the latest attack disrupted Internet service for businesses and residential customers in and around Sacramento, the state's capital.

FBI agents declined to specify how significantly the attack affected customers, citing the ongoing investigation. In Tuesday's attack, someone broke…

French soldiers accused of sexual abuse of minors in Africa

(AP) — Two French soldiers serving in the African country of Burkina Faso are being suspended over accusations of sexual abuse of minors, authorities said Tuesday.

It is the second case of alleged sexual abuse of minors by French soldiers in Africa to surface in recent months. French officials insisted Tuesday that the Burkina Faso case was unrelated to the earlier one, in Central African Republic, involving different soldiers.

Rand Paul meets Cliven Bundy, agrees 'it's our land,' not the feds'

But Manasseh did not drive out the people of Beth Shan or Taanach or Dor or Ibleam or Megiddo and their surrounding settlements, for the Canaanites were determined to live in that land.

When Lamech had lived 182 years, he had a son. He named him Noah and said, “He will comfort us in the labor and painful toil of our hands caused by the ground the Lord has cursed.”

And It Begins: Is ISIS plotting a U.S. strike on the Fourth of July?


And It Begins: Is ISIS plotting a U.S. strike on the Fourth of July?

After a few years of experience attempting to expose nasa images I've come to decide they are faked. I now consider its more possible that the evil powers that be are hiding something massive & such things as space programs are nothing more than a smoke screen, a deviation that empowers belief in evolution and that the earth is a globe, rather than flat as specified in the bibles. They have been the creators of technology & govern the airways & borders & also created gps.. There… Continue 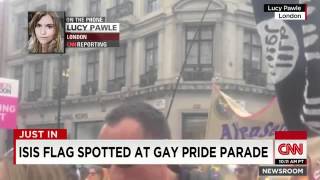 “Woman,” Jesus replied, “believe me, a time is coming when you will worship the Father neither on this mountain nor in Jerusalem.