Below is a sample letter I made to send to Michaëlle Jean, Governor General of Canada.

Below is a sample letter I made to send to Michaëlle Jean, Governor General of Canada. Her e-mail is: info@gg.ca and her fax is (613) 998-8760. Please read this letter and pass it on. Express your opinion, to save our sovereignty.

I am writing to you to tell you to uphold Canada’s Parliamentary system by allowing the new Liberal-NDP coalition to form the government.


The Conservatives under Stephen Harper have failed,… Continue 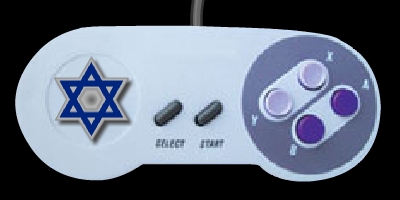 Masked Israeli soldiers round up demonstrators - entering the Palestinian village of Bil'in at night and arresting residents.

Israeli army forces are entering the Palestinian village of Bil'in at night and arresting residents.

The Israeli human rights organization B'Tselem says the soldiers arrive at the village, which lies west of Ramallah, with Israel Security Agency agents holding lists of persons suspected of involvement in weekly demonstrations held in the village against the construction of the Israeli Separation Barrier more commonly known as the Wall.

According to testimonies given to… Continue

A former Guantánamo guard who had flown to the UK to address a support group for inmates of the camp is to be deported back to the US this morning after being denied entry on arrival at Heathrow airport yesterday.

Terry Holdbrooks, who has been an outspoken critic of the US government over the… Continue

I have alluded somewhat vaguely to the merits of democracy. One of them is quite obvious: it is, perhaps, the most charming form of government ever devised by man. The reason is not far to seek. It is based upon propositions that are palpably not true and what is not true, as everyone knows, is always immensely more fascinating and satisfying to the vast majority of men than what is true. Truth has a harshness that alarms them, and an air…

"Mine eyes have seen the glory of persistent infowar
We have outed all the villains with their hate and wrath and more
We have spread a taste for freedom using words instead of swords
The truthers will march on." 
Last weekend I was hiding out in New Hampshire at a pro-freedom "rally." (I was merely a spectator at this one.) At the rally there was, as usual, a long list of complaints about all the nasty things being done by the people who call themselves "government." And there was much zeal and enthusiasm about… Continue

Mr. Sizzle replied to Keisha Ruan's discussion No Covid-19 Overwhelming Here Yet.
"I’ve got 16 cases of canned chili and 1000rds of 9mm. Is that enough?"
2 hours ago

Mr. Sizzle replied to James Roberts's discussion Apology
"This community is at a higher level and know things that the average Diet Coke/Doritos glutinous…"
2 hours ago

"Lake Havasu city Az city council is doing the right thing yet about 15 years late to the party.…"
3 hours ago

No Covid-19 Overwhelming Here Yet.

Nursing Assistant, Salt Lake Utah at huge hospital.  So far as I know there is no one here being…See More
3 hours ago
2 Comments 1 Favorite

"I married a redhead, trust me I know."
4 hours ago

Chris of the family Masters commented on steve's blog post Here's the reason for this pLannedimic
"Yes, we all have to put our masks on, otherwise the Morona virus gonna get us......"
6 hours ago

Here's the reason for this pLannedimic

6.2 TRILLION for the ones who caused this collapse, with the stroke of trumpies magic pen.Steve…See More
7 hours ago
1 Comment 1 Favorite

steve commented on Guardian of Scotland's status
"James, "contrary" surely you jest. They have locked down/imprisoned HALF THE PLANET with…"
7 hours ago

James Roberts commented on Guardian of Scotland's status
"Than ks for bringin that up, by the way, as it is one path towards neuro regeneration in the…"
8 hours ago

James Roberts replied to steve's discussion Exposing another whiney little bitch--gary franchi
"I don't like Franchi because of his clickbait titles. However, I can't fault him on his…"
8 hours ago