Posted by sakerfa on March 30,…


OK maybe not the end of the World... but you never know 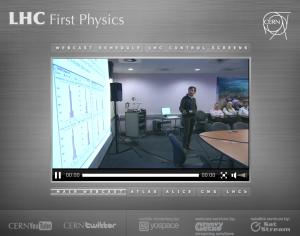 The LHC is ready to collide particles this morning. CERN has started the live webcast and you can watch the LHC control room and be there first hand when it blows up - just kidding.

Obama Sets Sights on Merging Mexico and US?

Obama Sets Sights on Merging Mexico and US?

After more than a year of campaigning, President Obama (left) finally won much-needed and…

Video: Michigan-based Christian militia group raided by the FBI over the weekend is preparing for battle with the Antichrist…

The Richmond campaign office of Virginia Rep. Eric Cantor has been shot at. In a statement released by the Republican, he said that he's been receiving "threatening emails"
and that "a bullet was shot through the window" of his office.

The shooting took place on Monday. As reported earlier here, 10 lawmakers are under federal protection for security issues relating to their
"yes" vote on the…

Breaking: Senate Will Have to Return Health Bill to House

WASHINGTON -- Senate Republicans learned early Thursday that they will be able to kill language in a measure altering President Barack Obama's newly enacted health care overhaul, meaning the bill will have to return to the House for final congressional approval.

”FBI reports of Israelis circulating classified documents in the US
Congress, “compromising” the… Continue 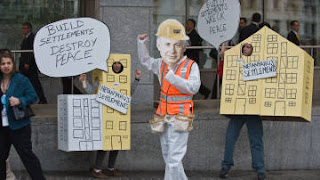 CNN) -- Federal health authorities recommended Monday that doctors suspend using Rotarix, one of two vaccines licensed in the United States against rotavirus, saying the vaccine is contaminated with material from a pig virus.

"There is no evidence at this time that this material poses a safety risk," Food and Drug Administration Commissioner Dr. Margaret Hamburg told reporters in a conference call.

Rotarix, made by GlaxoSmithKline, was approved by the FDA in 2008. The… Continue

Mr Netanyahu said that settlement construction would not stand in the way of peace.

Links fixed :)Update on Chat rooms:In addition to the member chat room, many of you may not be aware of our public and member chatango chat rooms.… Continue

March 19 (Bloomberg) -- The Federal Reserve Board must disclose documents identifying financial firms that might have collapsed without the largest U.S. government bailout ever, a
federal appeals court said.

The U.S. Court of Appeals in Manhattan ruled today that the Fed must release records of the unprecedented $2 trillion U.S. loan program launched primarily after the 2008 collapse of
Lehman…

Stage set for climactic vote Sunday on the bill


WASHINGTON (MarketWatch) -- The House is edging closer to a…

"This is the result of a face mask"
11 hours ago